Police say the fire origin was a garbage can on fire which engulfed the front door of the building
Jul 31, 2020 1:00 PM By: BayToday Staff 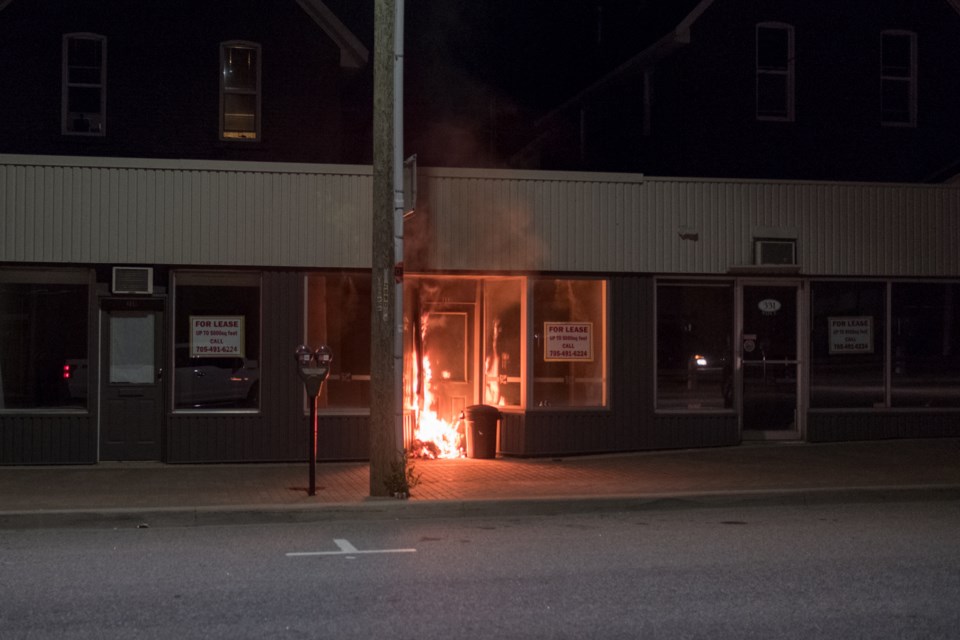