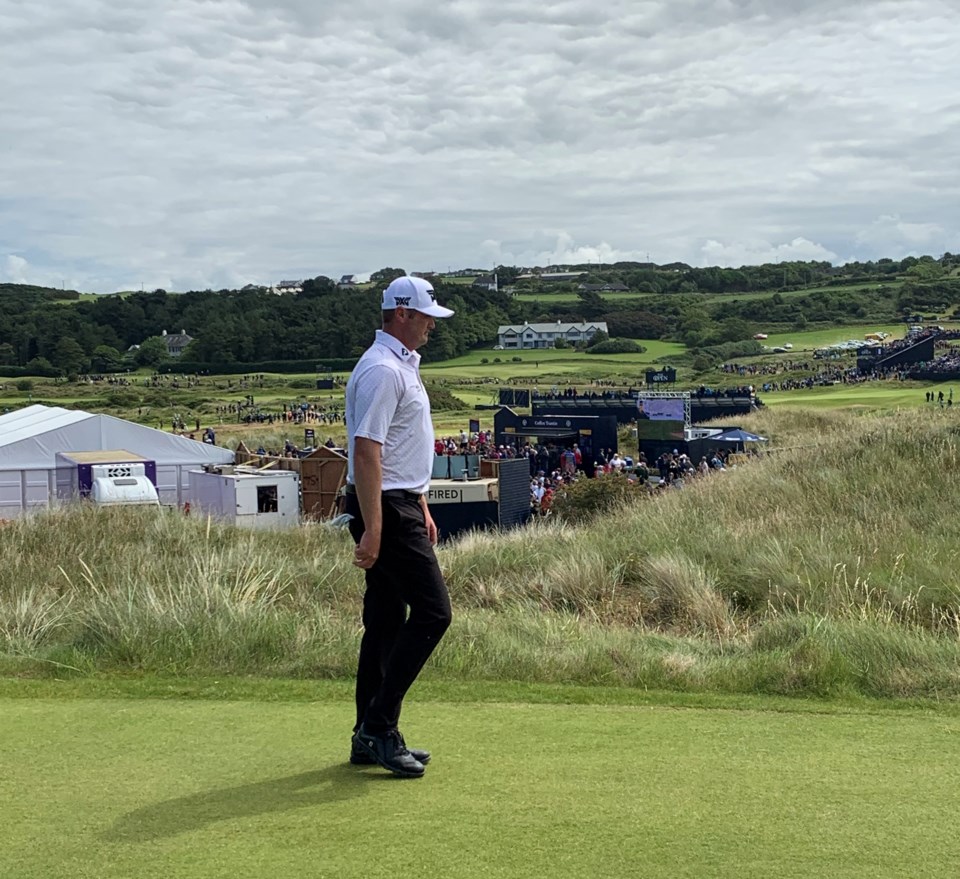 LAS VEGAS — In his 10th season, in his 233rd tournament, Jason Kokrak can finally call himself a PGA Tour winner.

Kokrak earned every bit of it Sunday in the CJ Cup at Shadow Creek. He matched the best round of the tournament with an 8-under 64 to overcome a three-shot deficit at the start and win a duel on the back nine with Xander Schauffele.

What makes this a somewhat local sports story is that 35-year-old Ohio native was actually born in North Bay while his Canadian mother, Theresa Marcotte Kokrak, was visiting family here in North Bay.

They travelled back to their home in Ohio a few weeks later.

Sources tell BayToday that Kokrak also has a handful of aunt's, uncles, and cousins residing in the North Bay area.

The timing couldn't be better. The CJ Cup moved from South Korea this year to Shadow Creek because of the COVID-19 pandemic. Kokrak is an ambassador for MGM Resorts, which owns the prestigious Tom Fazio design.

“It feels like home,” Kokrak said. “I've played this golf course enough that I should know it by now.”

Kokrak began to pull away with four straight birdies on the front nine, and birdie putts from 20 feet and 18 feet to start the back nine stretched his lead to two shots.

Kokrak all but clinched it when he drilled his drive into the fairway on the par-5 18th, leaving only a short iron to 25 feet. He two-putted for his final birdie of a round he won't soon forget.

Kokrak earned a spot in the Masters next month from reaching the Tour Championship a year ago in August. Now he can plan on two trips to Augusta National, qualifying for the 2021 tournament by winning.