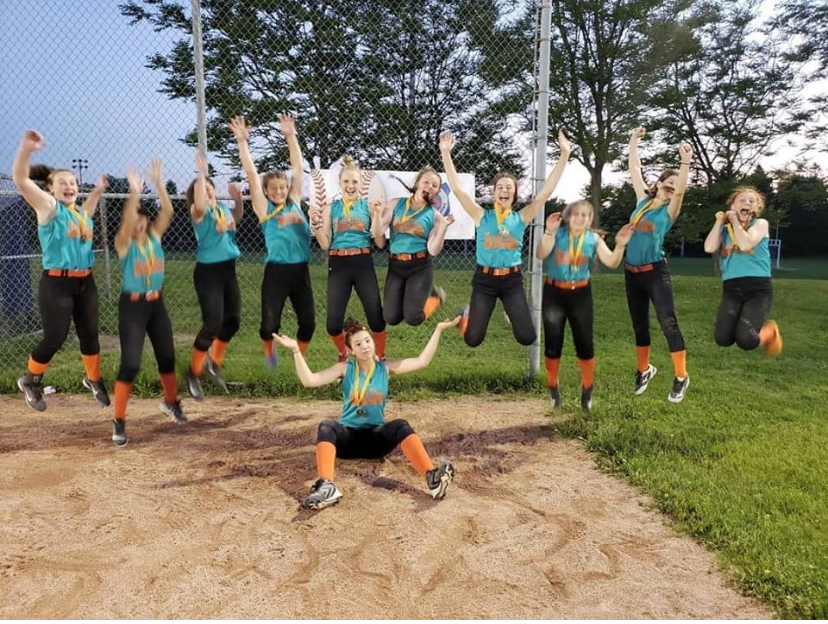 The 2019 winner of the Jack Dominico Award for contribution to Fastball goes to the North Bay Novice Girls Select Fast Pitch Provincial Champions.

This is the first team to win this award and it could not go to a more deserving group. With no league to play in, the North Bay squad never played a league game together as the players were split up to create balance in their league. They participated in 4 tournaments around the province, completing a perfect 20-0 season. The team started the season in Unionville going 5-0 beating Barrie in the final. Next was Brampton where they went 4-0 beating Unionville in the final. Their third tournament was in Whitby, going 5-0 where they had to come from behind in the semi-final down 5-2 to win 7-5, then beating a Whitby team in the final. The Provincial tournament was exciting going 6-0 culminating in a 3-2 win over Whitby to capture the provincial title in extra innings.

“Our girls were a complete team that balanced strong defense with timely hitting and excellent pitching,” stated coach Richard Michauville, a past winner of this award for his contribution to the game of fastball.

“They worked hard during practice and the worked paid off with an excellent summer of competition. They were never intimidated by teams with more players and they stuck to the basics that we taught them and it truly paid off for them.”

One of the biggest obstacles that the team had to overcome was that fact that they were from the “north”, but as the season progressed, they became known as a force to be reckoned with, yet a team that showed great respect to their competition. The team will move up a category next summer, but the summer of 2019 created memories that will last them a lifetime.

The 40th Annual Induction and Awards Dinner scheduled for Saturday, May 2 was cancelled due to the COVID-19 crisis.

The 2019 Hall of Fame Award Winners will be recognized and presented their awards at a later date this year.