The Ministry of Natural Resources and Forestry is battling 24 forest fires in Northeastern Ontario and one in the North Bay region is one of the largest.
Aug 3, 2016 10:00 PM By: BayToday Staff 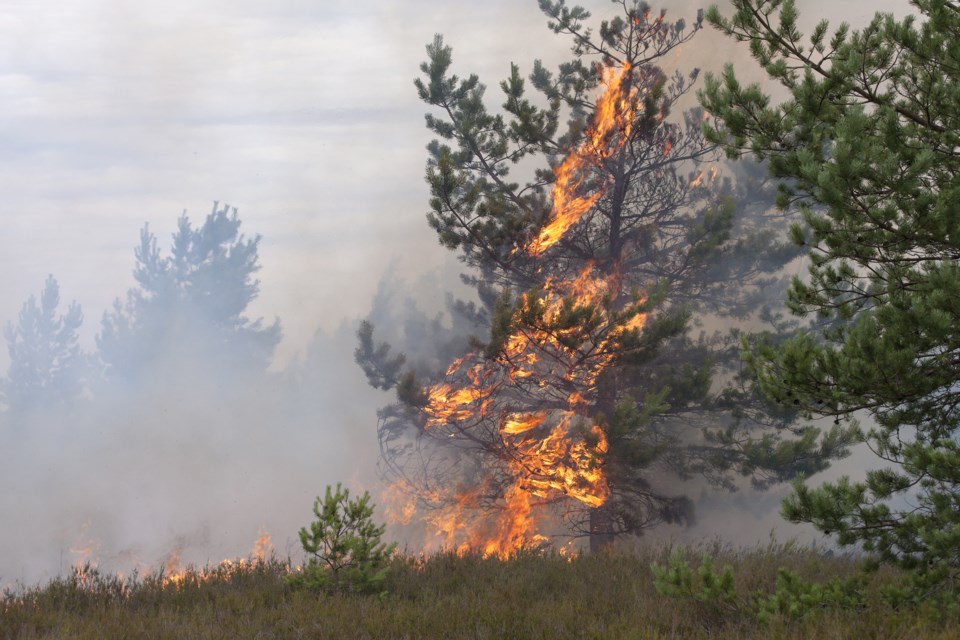 The Ministry of Natural Resources and Forestry is battling 24 forest fires in Northeastern Ontario and one in the North Bay area is one of the largest in the region.

North Bay 32, located 12.5 km west of Latchford in Kittson Township (more specifically: east of East Lady Evelyn Lake), measures 40 hectares and is not under control.  There is no imminent threat to any structures or values at this time. Aerial and ground suppression efforts have been ongoing since the evening of August 1st when the fire was first confirmed.  Six ground crews are currently committed to North Bay 32, they are working to establish a perimeter around the fire.

Smoke has been reported in several surrounding areas including Latchford, Haileybury, Cobalt, New Liskeard and Temiskaming Shores. It is expected that smoky conditions will exist until weather patterns change as fire crews continue suppressing the fire.

It's believed the blaze was caused by lightning.

Any persons in the area with urgent health concerns relating to smoke should contact TeleHealth Ontario at 1-866-797-0000.

Aviation, Forest Fire and Emergency Services would like to remind the public who may be travelling in the area to proceed with caution and to drive slowly, as vehicles and crews are on scene and visibility may be reduced due to smoke.