'This year’s record-setting flooding in many parts of the province was caused by a combination of weather conditions: colder-than-average winter and spring, higher-than-average snowpack, lack of significant winter thaw, rapid snowmelt and significant rain events in the spring'
Nov 28, 2019 10:11 AM By: Jeff Turl 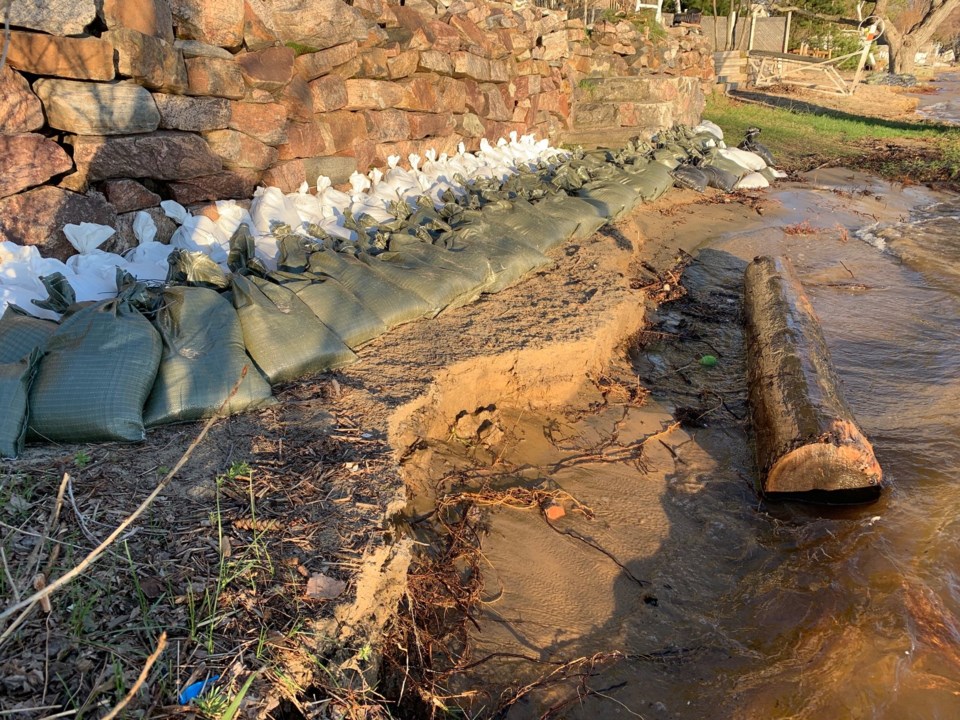 Lake Nipissing crept up to the breakwater, and over on a number of North Bay homes. Jeff Turl/BayToday.

A report released today from the "Special Advisor on Flooding" says that widespread flooding in Ontario this spring was caused by numerous factors, but not human error.

In July, Doug McNeil was charged with conducting an independent review of flood management and 2019 flooding events in Ontario. The Special Advisor delivered his report to the Ontario government on October 31, and was released publicly today.

In his review, McNeil confirmed that this year’s record-setting flooding in many parts of the province was caused by a combination of weather conditions: colder-than-average winter and spring, higher-than-average snowpack, lack of significant winter thaw, rapid snowmelt and significant rain events in the spring.

He found that nothing pointed to human error or the negligent operation of water control structures as the cause of the flooding and that the government and its partners were effective at reducing and mitigating flood risks.

"The safety of the public and the protection of our communities is our number one priority,” said John Yakabuski, Minister of Natural Resources and Forestry. “After last spring’s flooding, we recognized that we needed an external perspective on the current roles and responsibilities of the governments, agencies and organizations involved in flood management – someone who could provide independent advice on improvements we can make.

“Mr. McNeil looked carefully at the core components of the Province’s approach to emergency management relative to last spring’s flood season and found that steps taken by individuals, municipalities, dam owners, and other agencies were effective in reducing further potential damage to communities,” said Yakabuski.

“This has been a difficult time for many of our communities and we know that for many Ontarians impacted by the floodwaters, life still hasn’t returned to normal,” said Vic Fedeli, MPP for Nipissing, “We understand the devastating impacts flooding has on our communities and that’s why we are taking action to improve the province’s resiliency to flooding.”

Fedeli says since the spring, the government has taken significant steps.

Fedeli says Ontario has already committed to taking the following actions to address recommendations from the Special Advisor’s report: