No charges laid during COVID-19 protest 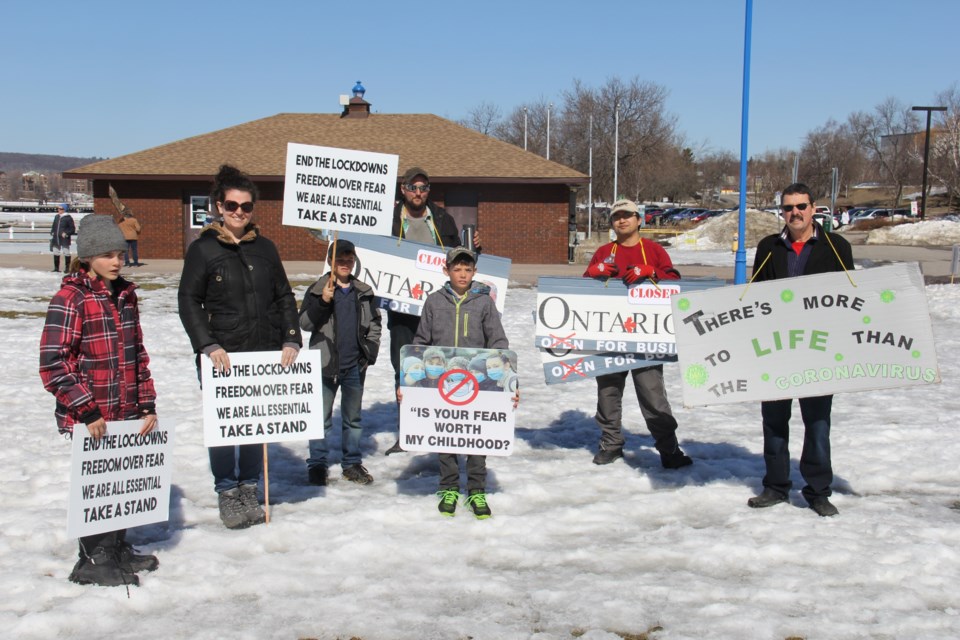 The North Bay Police confirmed they have not handed out any provincial offence tickets connected to Saturday's COVID-19 protest on the North Bay waterfront.

"At this time, no charges have been laid in relation to the protest on Saturday.," stated David Woolley, Corporate Communications Officer with the North Bay Police Service.

See related: Police Chief: 'A weekend unlike any I've seen'

The protest was part of "World Wide Freedom Day."

A police cruiser was seen occasionally in a nearby parking lot, but did not interfere with the rally.  However, officers did stick around to ensure there was no contravention of the Reopening Ontario Act.

North Bay's Police Chief believes there may be other ways to address the mask-free protest.

"We have a number of ways we can address charges in relation to the rally. We could have laid provincial offences to those at the scene. We can also provide summonses to those involved and have them appear in court," Scott Tod, North Bay's Police Chief said during a Monday media conference.