Nipissing rose approximately 3cm over the last 24 hours due to rainfall and shift in wind direction
Jun 11, 2019 1:58 PM By: BayToday Staff 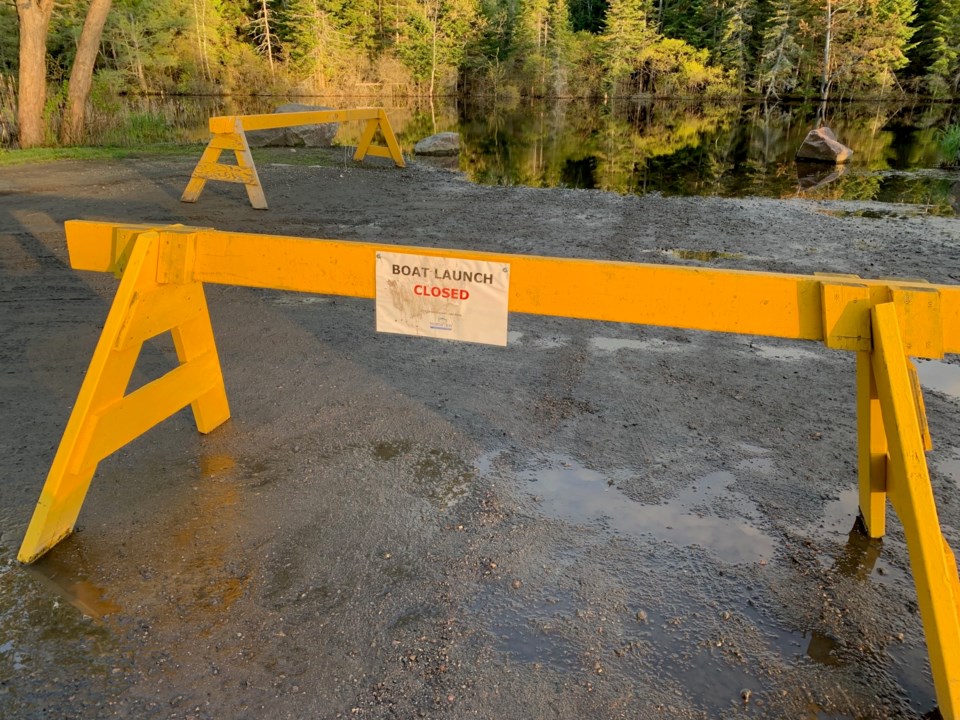 The rain that fell yesterday has caused a rise in local water levels says the North Bay Mattawa Conservation Authority, and there’s more to rain to come this week, prompting it to extend the flood warning for the North Bay and Callander shoreline of Lake Nipissing to Friday, June 14.

“Approximately 46 mm of rain fell yesterday in the North Bay area and up to 35mm more is forecasted over the next five days with the majority on Thursday and Friday,”  said Kurtis Romanchuk NBMCA Duty Officer.

Lake Nipissing is currently at elevation 196.34m near North Bay, rising approximately 3cm over the last 24 hours due to the received rainfall and shift in wind direction. There are currently westerly winds, gusting to 42  km/h, which are causing an increase in levels on the east side of Lake Nipissing.

The lake continues to remain vulnerable to wind and rain effects, and strong westerly winds may drive up water levels on the east side of Lake Nipissing including the City of North Bay and the Municipality of Callander.

“This may pose a threat to properties along the Lake Nipissing and Callander Bay shoreline, as well as along the lower La Vase River and Jessups Creek,” he added.

The Ottawa River at the Town of Mattawa is currently at elevation 153.23m, and is fluctuating somewhat as dam outflows are adjusted upstream, but remains well below its peak of 155.64m earlier this spring.

A Watershed Conditions Statement – Water Safety remains in effect for the Mattawa River, and other watercourses in NBMCA’s jurisdiction due to high water levels.