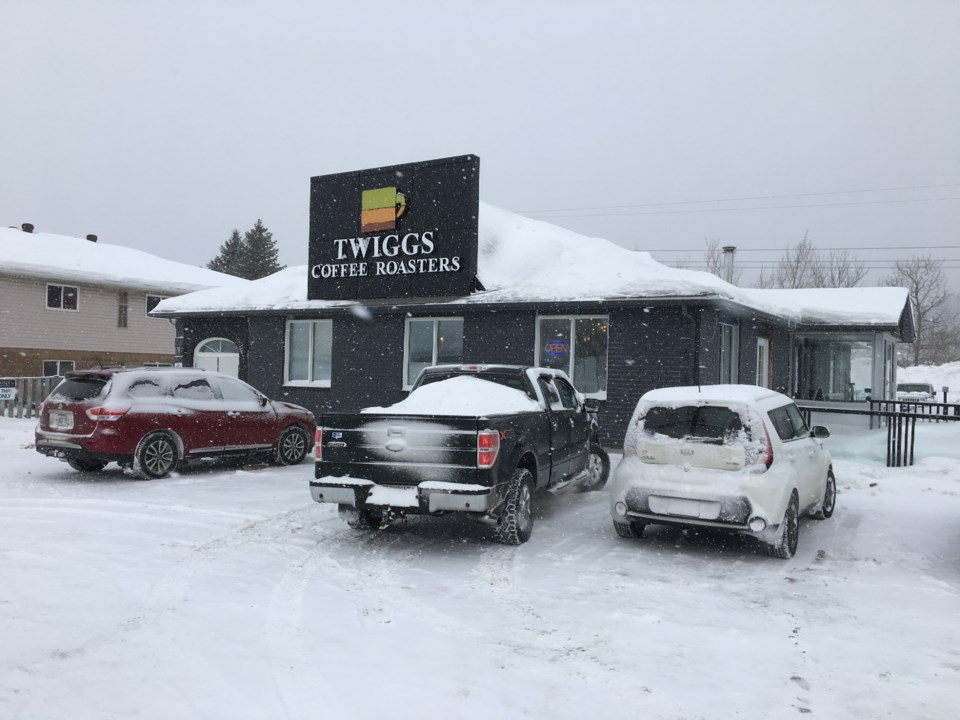 The new Twiggs location is busy this morning despite the bad weather. Photo by Chris Dawson/BayToday.ca.

Twiggs the Coffee Roasters have officially opened at their new location in the old Miner’s Son Restaurant location on McKeown Avenue.   The owners moved their business from the strip mall next to the MTO building on McKeown to the former restaurant about a kilometre east of the former location.

The doors on the new location opened late last week.

The new facility will allow Twiggs to operate a drive-thru at the new location along with a patio and a private conference for small groups.

The Miner’s son Restaurant opened at the McKeown location early in 2015 and closed its doors for good in June of 2017.

See related: Who is moving into the old Miner's Son Restaurant?

The move still keeps two Twiggs locations in the city including the original location on Fraser Street in downtown North Bay.