The scammer then sent her a $2,500 cheque as an advance payment and instructed the victim to deposit it into her account, which she did.
Jan 10, 2017 2:11 PM By: BayToday Staff 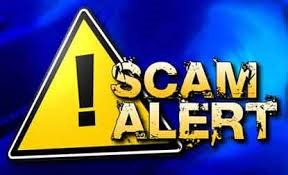 A new scam has surfaced in North Bay that tries to prey on some of the city's most vulnerable...the jobless.

Police say that recently, a North Bay resident looking for work, posted her resume on an employment website that matches job seekers with job advertisers. An employer, who she didn’t know at the time was a scammer, replied to her post and offered her work to clean a home in North Bay.

Before ever meeting the employer or starting work, the victim was told that if she wanted the job she had to first give the fraudster her personal information, including her banking details, which she did.

The scammer then sent her a $2,500 cheque as an advance payment and instructed the victim to deposit it into her account, which she did.

The scammer then asked the victim to send a “security deposit” of over $900 to New Mexico through a money transfer service. After she did this, the victim discovered that the original $2,500 cheque she had deposited was counterfeit and that her bank had cancelled it.

It was at this point that the victim contacted North Bay Police to report the fraud.

"Unfortunately, due to the nature of these types of international scams, there is very little that law enforcement agencies can do to track down these culprits, who use fake names, generic email addresses, postal box addresses, and money transfer services to conduct their fraudulent activities," said police spokesperson Marie Lugli.

The victim lost her “security deposit” money and faced having to pay bank fees associated with her deposit of the counterfeit cheque.