'The efficiencies for our service are going to be fantastic quite frankly'
Jan 18, 2021 2:56 PM By: Chris Dawson 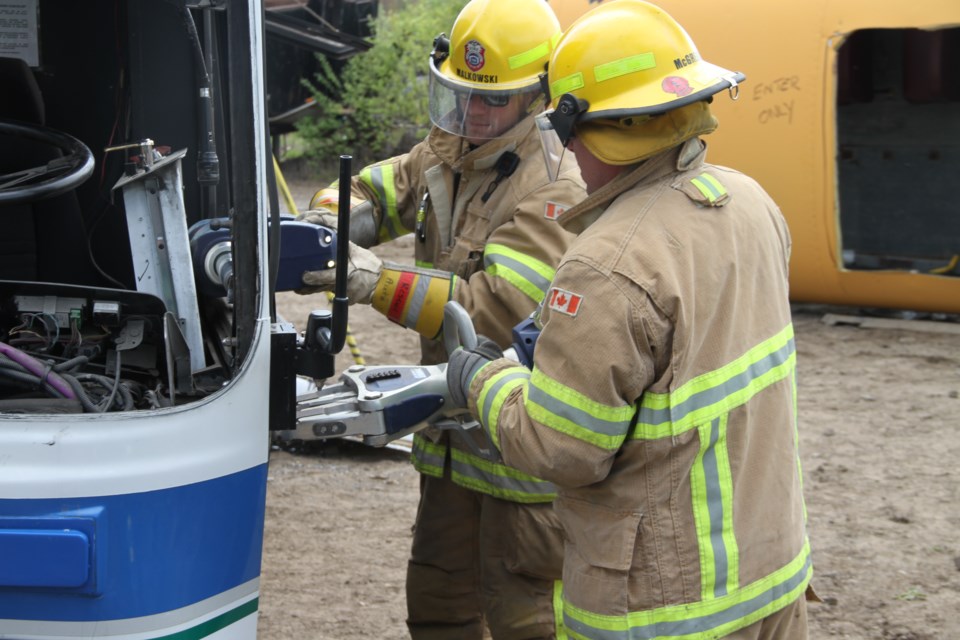 The North Bay Fire Chief says they are in the final stages of negotiations with Canadore College and the Ontario Fire College to create a new regional firefighter training centre that will be based in North Bay at the Canadore College Commerce Court campus.

"We are at the very end of figuring out a contract between the city and Canadore College and I have a phone call Tuesday with Canadore and another meeting next week and with our solicitor as well," Jason Whiteley, North Bay's fire chief told BayToday on Monday morning.

"We are in discussions with Canadore College about a possible partnership and if everything goes well there, we would possibly put the buildings at the Commerce Court campus."

George Burton, president at Canadore College confirmed that they are in negotiations.

“We are in discussions with the North Bay Fire Department about a fire fighter course," Burton told BayToday via an email statement Monday afternoon.

"Canadore College regularly explores potential program ideas with businesses, industries and services as part of its commitment to serve its communities. When there is something concrete to announce, Canadore and the North Bay Fire Department will share the details.”

Whiteley says one of the buildings to be used is already at commerce court.

"We have not started using it because we don't have the agreement yet and the other building is under construction as we speak and we are hoping to have it up here in April," said Whiteley.

Whiteley says having a regional training centre will be a bonus for neighbouring fire departments to get their firefighters trained in a timely manner.

"We do a lot of training here in North Bay; we have a lot of specialties that we deliver as a level of service and maintaining those is hard and we are going to be able to do it even better now.," he said.

The news of the potential local regional firefighter training centre comes after the Fire College in Gravenhurst recently shut its doors as the province looks at a different training model.

"It should be noted that the fire college isn't closing just the bricks and mortar facility is closing," said Whiteley.

"The efficiencies for our service are going to be fantastic quite frankly," he added.