'If your compete level is not at the highest level it can possibly be you will have a really hard time in this league'
0
Feb 13, 2020 3:00 PM By: Chris Dawson 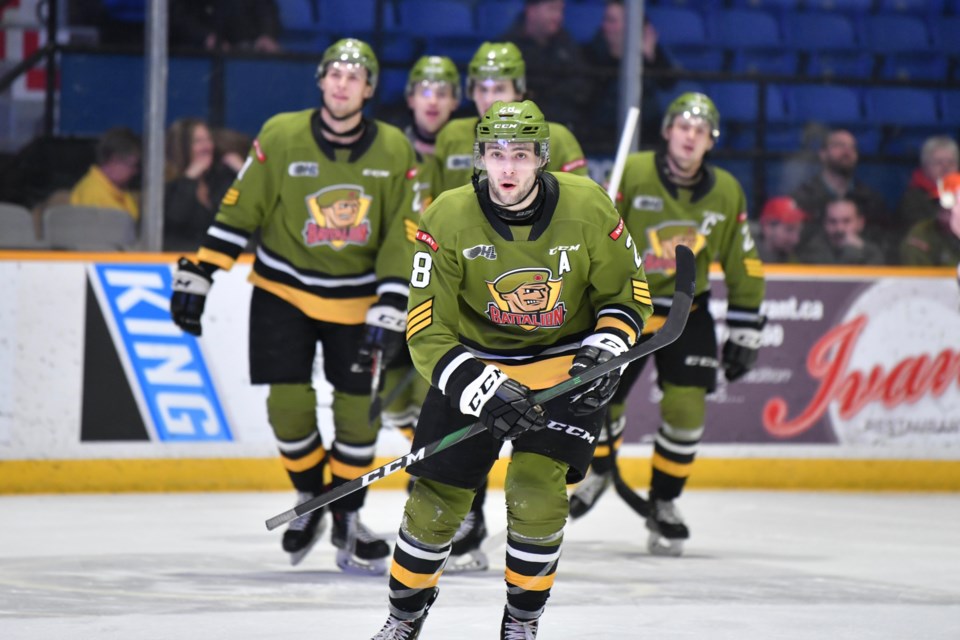 It has been a strange season for Luke Moncada.

The new Battalion captain is having a breakout season for the Troops despite the team's record.

"I wanted to have a bigger impact offensively," said Moncada who has 28 goals and 20 assists for 48 points in 51 regular-season games.

Moncada and the Battalion, mired in a seven-game losing streak look to break that Thursday night as the Sarnia Sting pay a visit to Memorial Gardens.

The Battalion need a bounce back after a humbling 9-1 defeat at the hands of the OHL's top team, the Ottawa 67's on Sunday.

Moncada, who likes to lead by example, believes there is still a lot at stake despite the fact that a playoff spot is becoming less likely.

"When you look at the standings maybe it is a little far-fetched that we could move up into the standings and make the playoffs but that is not really what we are focussed on," he said during Wednesday's media conference.

"Just having that desperation in the game even though at the end of the day there may not be a playoff picture for us this year but that desperation is essential if you are going to win games moving on to next year and moving into the future for all these guys it is a good thing to play with that urgency and desperation because if your compete level is not at the highest level it can possibly be you will have a really hard time in this league especially with a young team like we have," added the captain who started wearing the "C" after the Chenier trade.

"If you don't compete you are going to get embarrassed kind of like the way we were on Sunday and you don't want that to happen so moving forward in the last few games on the schedule we have just been preaching we have got to compete a little bit harder, we have to be more desperate and have a little bit more urgency."

As a leader in the room, Moncada is preaching the same message that coach Oulahen is trying to send.

The Troops expect to be without the services of defenceman Avery Winslow and Mason Primeau tonight as the Battalion may face former North Bay Trappers goalie Ben Gaudreau.

The Corbeil product was taken seventh overall in the OHL Priority Selection last April from the North Bay Trappers major midgets, has played in 19 games, posting a 6-9-2 record with a 4.37 goals-against average and a .890 save percentage.