Procedural by-law will take effect in the coming weeks after a majority decision
Jan 10, 2017 7:26 AM By: Stu Campaigne 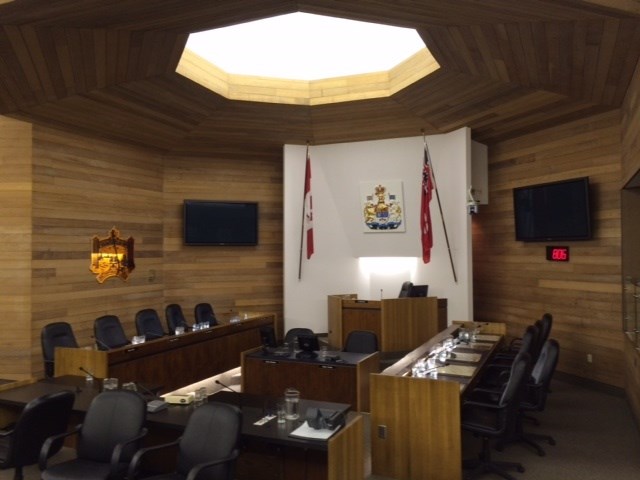 Nicole Peltier, in a presentation to North Bay City Council that echoed very closely her letter to the editor published Monday, was the only citizen to speak out against the  proposed changes to the procedural by-law at City Hall Monday evening.

Within minutes, in swift fashion, the entire matter had been laid to rest. No further discussion, no impassioned pleas, only a request for a recorded vote so that the dissenters to a vote decided long before Monday, would be noted in the public record.

All those who stood and spoke before Council in late October 2016, with warnings of the stifling of free speech had seemingly recognized the futility of their efforts, with only Peltier continuing to speak for their cause.

Coun. George Maroosis, who initially had some reservations about the language of the changes to presentations, was satisfied with the tweaking of the by-law and voted in favour.

"It has always afforded the citizens an opportunity to come forward. I guess they'll get used to the fact that they'll have to email the clerk's department. It is certainly a lot better than was first suggested. There's  a lot of stuff that's been taken out that seemed to be restrictive," said Maroosis following the meeting.

The major changes enacted will see both council and committee meetings held consecutively, on the same night, and moved to every other Tuesday. Committee meetings will commence at 6:30 p.m. with regular council meetings to follow at 7:30 p.m. If there are no items to be heard at the committee level, the regular council meeting will commence instead at 6:30 p.m.

Unscheduled public presentations will no longer be permitted. Ten-minute presentations, with a limit of three, must be scheduled through the City Clerk's office by Wednesday at noon the week before the meetings.

Five-minute presentations can be scheduled up to noon the day of the meetings. For a complete version of the procedural by-law, click here. The section on public presentations begins on page 19 and is also referred to on page 36, where the form can be found that must be submitted to make a presentation.

The two dissenting voters, Councillors Mike Anthony and Mark King seemed resigned to the outcome of the vote but stood firm in their beliefs that the public was not being served by the changes.

"If people are able to make unscheduled presentations, I think that's a good thing," said Anthony after the by-law had passed, adding that he would have been in favour of keeping them, even at a shorter two-minute length.

"People have become accustomed to making unscheduled presentations. There are still a number of communities," that allow them, said Anthony.

"With email, we are all available. I do get questions from people, find out answers for them, and forward them back to them. Because of technology, I think things are a lot more open than they used to be," said Maroosis.

King explained his no vote as such, "The sticking point for me was having to register with the clerk at noon for five-minute presentations. I don't have a problem at all with people coming forward and speaking. I think it's absolutely imperative for people to have the opportunity to do that, we should be making that as easy as possible."

"Quite frankly, I want to hear what people have to say," added King.