New business bringing back love for the donut

'The doughnuts we make, I classify as gourmet doughnuts, flavour-wise, texture-wise, it is not something you are going to get anywhere else'
0
Feb 25, 2020 10:39 AM By: Chris Dawson 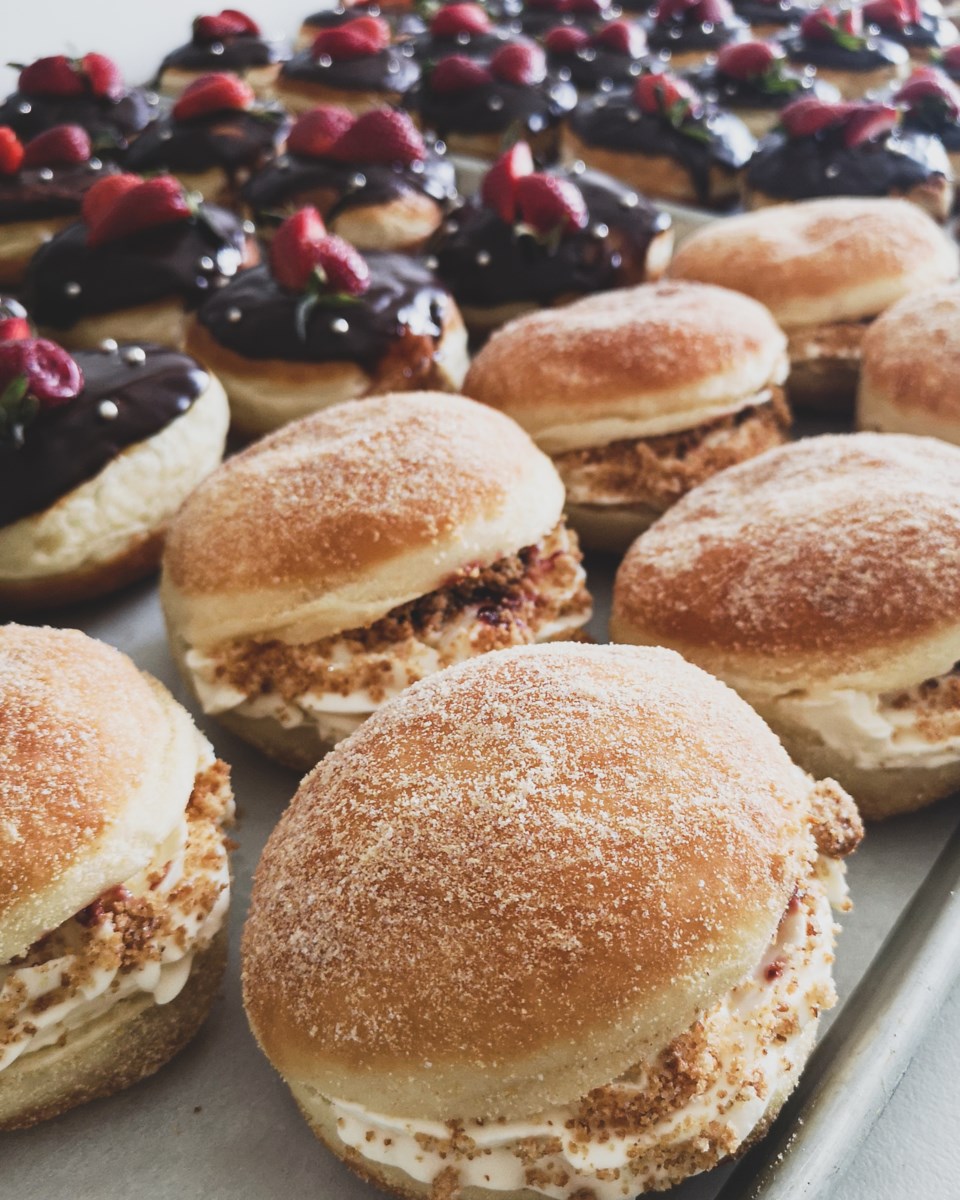 Jessica Sanabria and Kyle Laplante had been in the catering business before.

But they never realized until recently how popular doughnuts can become.

The couple is the owner and operator of Good Glaze Doughnuts, a new gourmet doughnut shop that opened earlier this month at 370 McIntyre West.

Laplante, who had been a chef for close to eight years, got the idea just over a year and a half ago in a conversation with a friend about how few bakeries there are in North Bay.

"We talked about how North Bay was lacking in bakeries and specifically doughnuts and we thought why don't we give this a try," said Laplante.

The couple initially started the doughnut business trial by catering. Laplante says right away the orders were off the shelf.

Laplante recalls having to make 14 dozen doughnuts alone for a family function, then only a week later, the demand for orders came in at 14 dozen the following week.

"We thought there was definitely a demand for doughnuts, so we should keep this going," said Laplante.

Aside from online orders, the couple also set up a booth once a month at the Artisan's Market last spring and into the summer.

While there are still franchise doughnut shops in the city, Laplante believes their business takes the doughnut to another level.

"Doughnuts were a big treat as a kid, and I hate to say, but back as a kid, Tim Horton's used to have really good doughnuts 25 or 30 years ago and it was always a treat to get a Tim Horton's doughnut," said Laplante.

"The doughnuts we make, I classify as gourmet doughnuts, flavour-wise, texture-wise, it is not something you are going to get anywhere else.

"Things like cookies and brownies, they are pretty generic, you can get them just about anywhere with the same kind of quality. There is a lot of work making doughnuts and no one wants to make them at home."

Their latest hit was a Valentine's Day special which included a raspberry cream doughnut and a brownie batter stuffed doughnut with chocolate glaze.

"Who wants to eat four doughnuts on Valentine's day, well, apparently a lot of people do," said Jessica.

"We were kind of blown out of the water with the number of people messaging or going on our website, or email us trying to pre-order pre-made boxes," said Kyle about pre-orders that started on Feb 1.

Because of how busy the doughnut business is rising at Good Glaze Donuts, now they are wondering if their new space is big enough.

"We are kind of looking at options, maybe moving into a bigger space," said Kyle.