The Ombudsman recommends the board issue a public report that sets out the evidence trustees relied on in making their decision, and take a new vote on the matter only after the public has been given a chance to comment. He also makes several recommendations to ensure the board no longer holds closed meetings that violate the Education Act
Jul 17, 2019 12:26 PM By: Jeff Turl 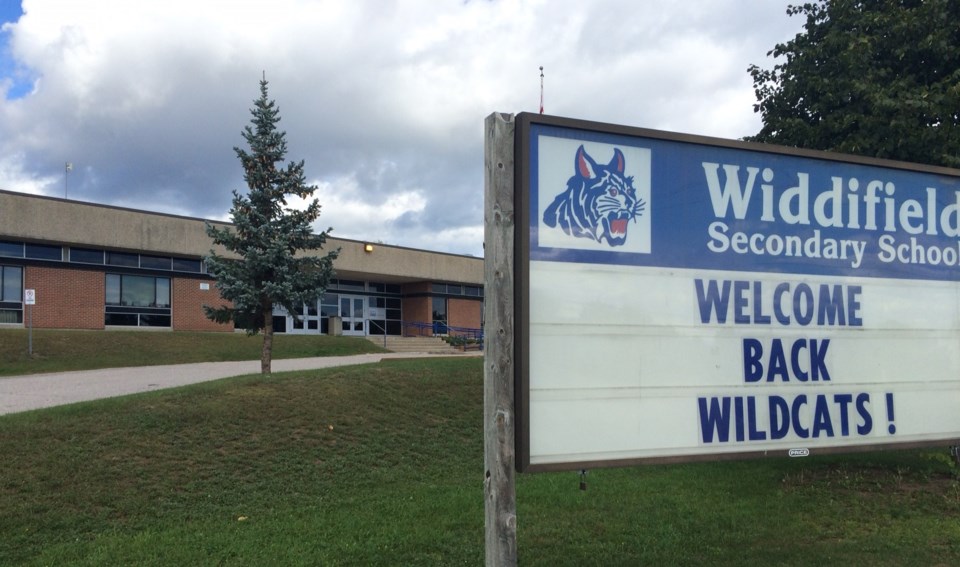 Ontario Ombudsman Paul Dubé today called on the Near North District School Board to revisit its decision to close North Bay’s Widdifield Secondary School, after his latest investigation determined that the board failed to follow a fair and transparent process.

Dube told the school board that Investigation revealed that meetings and details were never made public. "My Office’s preliminary assessment of the situation identified that there were serious issues involving the transparency of the decision-making process, including concerns that the school board’s trustees had held several closed-door meetings to discuss the school consolidation and closure.

"Between March 8 and April 2, 2018, my Office received eight complaints about the decision to close Widdifield Secondary School, many of which focused on the lack of transparency in the trustees’ decision-making process. The decision and subsequent unrest also attracted considerable local media attention."

The contentious September 2017 decision, which prompted 11 complaints to the Ombudsman in the spring of 2018, was the result of actions that were unreasonable, unjust, wrong and contrary to law, Mr. Dubé found.

A news release says the board co-operated fully with the investigation and has accepted all 14 of his recommendations to improve transparency and rebuild public trust.

“The board’s failure to follow a rigorous and transparent process damaged its relationship with stakeholders,” the Ombudsman writes in his report, Lessons Not Learned, which notes that the board was advised to implement such measures in the wake of a similar situation in 2013, but never did. “The credibility of the entire consolidation process and closure process was undermined by the board’s failure to share relevant information, and ultimately generated public distrust in its final decision.”

The investigation reviewed the various steps the board took in considering consolidation of its three North Bay secondary schools, beginning in 2016. ByJune 2017, trustees were considering a committee’s recommendation that a different school be closed. “There was no information publicly available to explain why, by September, Widdifield had become the target for closure,” Dubé notes.

His report reveals that trustees held a closed-door “workshop” meeting on July 13, 2017 where the schools and other matters were discussed – and they received an email six days later, informing them that an architect had confirmed expanding Widdifield was not feasible. None of this was ever made public, he points out: “The community was deprived of the opportunity to respond or be consulted on the new information considered by trustees in the summer of 2017.”

The Ombudsman recommends the board issue a public report that sets out the evidence trustees relied on in making their decision, and take a new vote on the matter only after the public has been given a chance to comment. He also makes several recommendations to ensure the board no longer holds closed meetings that violate the Education Act.

The board has begun implementing some of the Ombudsman’s recommendations, including training its members on meeting procedures under the Education Act and notifying the public of upcoming meetings via the school board website. “I commend the board for its commitment to enhancing the transparency of its decision-making processes. I look forward to receiving updates on the implementation of my recommendations,” Dubé says.

In the board’s response, appended to the Ombudsman’s report, Chair Jay Aspin states: “We are committed to moving forward with improved policies, guidelines, and procedures to increase transparency, fairness, and accountability to our students, stakeholders and constituents.”

The board announced in September 2018 that it was putting the school consolidation and closure of Widdifield Secondary School on hold pending a decision from the Ministry of Education regarding capital funding.

This is the Ombudsman’s second formal investigation into a school board matter since his mandate was expanded to include school boards as of September 1, 2015. To date, the Ombudsman has received more than 3,300 complaints about school boards, almost all of which have been resolved informally.

The Ombudsman is an independent, impartial officer of the Ontario Legislature who resolves and investigates public complaints about more than 1,000 public sector bodies, including all provincial ministries, agencies, corporations, boards, commissions and tribunals, child protection services and French language services, as well as municipalities, universities and school boards.