'While we understand that this is a challenging time, parents will be required to make alternate arrangements for their children'
0
Dec 9, 2019 5:14 PM By: BayToday Staff 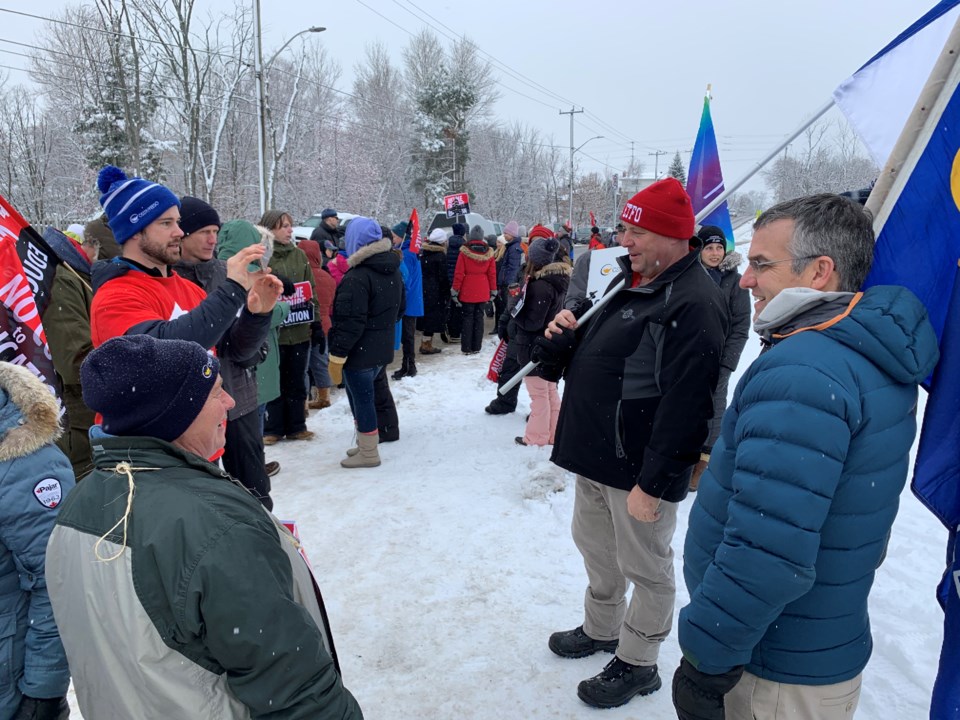 OSSTF Teacher and Education Workers have announced a one-day full withdrawal of services/walkout on Wednesday, December 11 for select boards of which Near North District School Board is a selected board, the Near North Board stated in a release late Monday afternoon.

"While we understand that this is a challenging time, parents will be required to make alternate arrangements for their children," the Near North Board release stated.

"Due to safety concerns including the inability to provide the required supervision to students, a full withdrawal of services will result in all elementary and secondary schools being closed to students on December 11, 2019," the release continued.

Given that this is a one-day full withdrawal of services, all schools will re-open on Thursday, December 12.

All childcare, before and after daycare, EarlyOn centres and community use will continue to remain open.

Officials at the Near North Board say they remain hopeful that a settlement can be reached by end of day Tuesday, December 10, 2019.

If an agreement is reached, schools will be open as usual on Wednesday, December 11th, 2019.