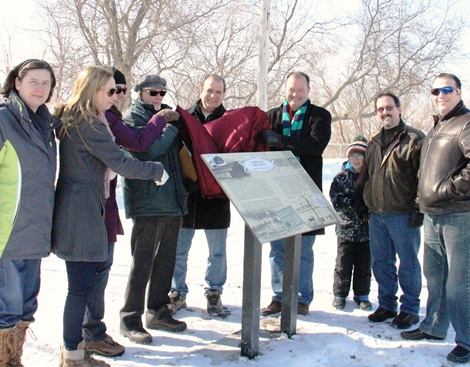 McDonald says arenas have always been the heart of the community.

He says not only do arenas draw thousands of residents together at one time for everything from Remembrance Day ceremonies to hockey games, but they have also been the birthplace of world class athletes.

“Sports have always played and incredible role in our history and it really brings us together,” states McDonald.

“So many world champions and world athletes appear on the world stage from the city of North Bay and we are proud of it.”

The North Bay Municipal Heritage Committee, established in 1996, is made up of community volunteers appointed by City Council and they have the mandate to advise and assist Council on matters related to heritage places and buildings.

The plaque, located on Memorial Drive, commemorates one of the community’s original arenas.

“The very first rink was over by the City Centre building by the post office. It was known as The Central (1892),” explained Committee member Jennifer Buell who did the research for the plaque.

“So back before we had to worry about healthy active living and screen time competing for our attention we had gathering places like The Central.”

“This (where the plaque is installed) is the site of the second rink that was built in North Bay and it was built in 1907, unfortunately succumbed to fire a few years afterwards. So it was a community effort where the fire brigade and the CPR employees came together to try and extinguish the fire that was threatening a nearby lumber yard,” Buell explained.

“So a lot of people will recognise that as a gathering place not just for hockey but for curling and recreational skating which was really popular back in those days.”

The week is a great opportunity for residents to recognize and acknowledge local history and individuals that have made their mark on the community. 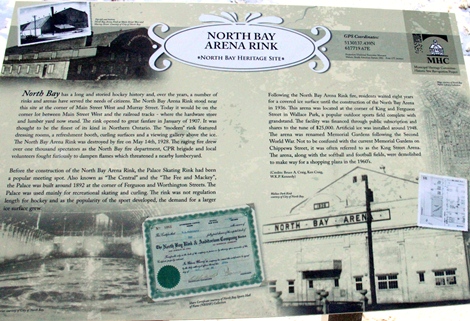 A magical destination for individuals and families of all ages