"Pride and Prejudice and Zombies" is not just poorly lit and framed like a made for TV movie from the 80s and confusing and bewildering and frustrating. It is boring. Dull.
0
Feb 8, 2016 12:39 AM By: Rob Slack 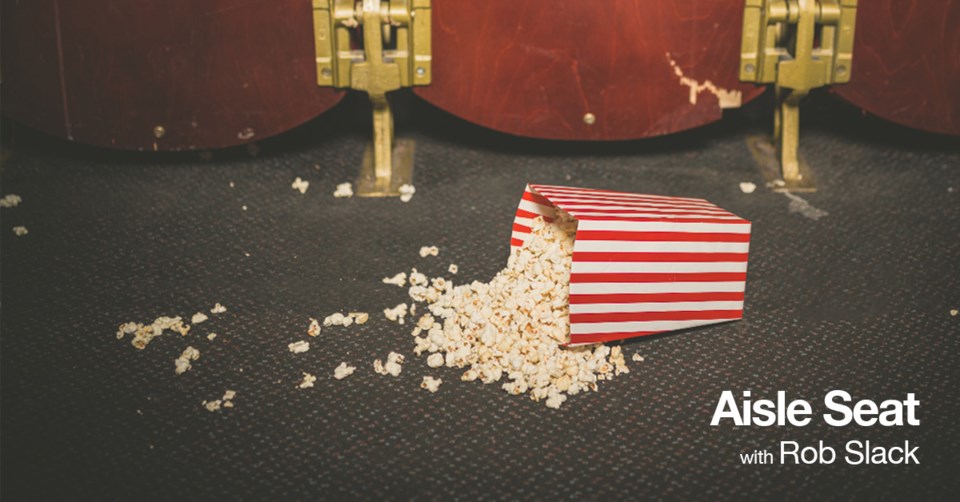 Pride and Prejudice and Zombies
Directed by Burr Steers
In Theatres

"Every time I read Pride and Prejudice I want to dig her up and beat her over the skull with her own shin-bone." - Mark Twain

Pride and Prejudice and Zombies would have made a great Family Guy cut away gag, Brian or Peter making some crack about proper 18th century English manners and class structure and zombies and we cut away to Mr Darcy and Ms Bennet and zombies and it's over in about forty seconds and we laugh and then forget it ever happened.

Or it could have been a great joke poster in the background of a scene in a film about filmmaking, a screenwriter talking about the conflict of art versus commerce and behind him on the wall, a poster for Pride and Prejudice and Zombies.

Or a theatre marquee in a post-apocalyptic video game, an easter egg to find on a rainy Sunday afternoon.

Or a reminder when some book publishers thought that genre mash-ups were a good thing, a weird little nostalgic trip back to the summer of 2009 and Abraham Lincoln: Vampire Hunter and Sense and Sensibility and Sea Monsters.

What Pride and Prejudice and Zombies should never have been is a two hour movie.

If Pride and Prejudice and Zombies is supposed to be a comedy, it fails.

If it's supposed to be a drama, it fails.

A romance? Fails. A horror film? Nope, it fails the worst at that.

The scenes based on the original source material, the original Austen scenes, come across like someone took a copy of the Coles' Notes for Pride and Prejudice and wrote a script.

The zombie scenes are even worse, no tension, no scares, no gore, nothing.

Just some poor makeup and CGI effects that would get someone fired from The Walking Dead.

There is no inner logic to the film. The zombies make very little sense. The action scenes are confusing, they are shot with no sense of space.

Some of the film is so dark that I wanted to hand Mr. Darcy a flashlight.

There is a scene in a basement where three of the Bennet sisters are sparring which mixes muddy lighting and no sense of space with lame fight choreography to a degree that might have made Ed Wood blush.

Pride and Prejudice and Zombies is not just poorly lit and framed like a made for TV movie from the 80s and confusing and bewildering and frustrating. It is boring. Dull. Tedious and uninteresting and laborious and not fun in the least.

There is no fun to be found in a film titled Pride and Prejudice and Zombies. None. Zip, zilch, zero. Nada. Not one molecule of fun is to had.

And that is the film's greatest flaw, the sin that sinks it from an almost ran to a never, ever again will I watch this and I really wish I had done anything else instead of sitting in the dark with this movie.

Anything would've been better. When I check my watch and groan when I see there's still another hour, that's bad.

When the only laugh came when someone in the audience burped, that's bad.

And it is especially bad when you're watching something titled Pride and Prejudice and Zombies.

Things I actually thought about while sitting through Pride and Prejudice and Zombies:

Anyway. The film is competently acted, I can give it that.

However, every cast member except Matt Smith plays it completely straight. Which gives the sense that Matt Smith's scenes were cut in from a completely different movie, one that was more fun and full of energy.

Sam Riley and Lily James do the best they can, but there is little chemistry between them.

The other Bennet sisters are just barely characters in this film, they hardly register. For Game of Thrones fans, it's an opportunity to watch Charles Dance and Lena Headey. Of course, their total film time adds up to maybe seven minutes, so, yeah, there's that.

Look, this movie is boring, is badly made and is a complete waste of anyone's time.

Things are introduced and then never mentioned again, teasing the audience with an idea of a better film.

Pride and Prejudice and Zombies is, at its core, a ride to the fireworks factory. Don't waste your time with this thing.

There are better and more thrilling ways to spend two hours of your life. Like calculating how long it would take to binge watch fifty plus years of Doctor Who.