Move Over Law is OPP's focus this long weekend 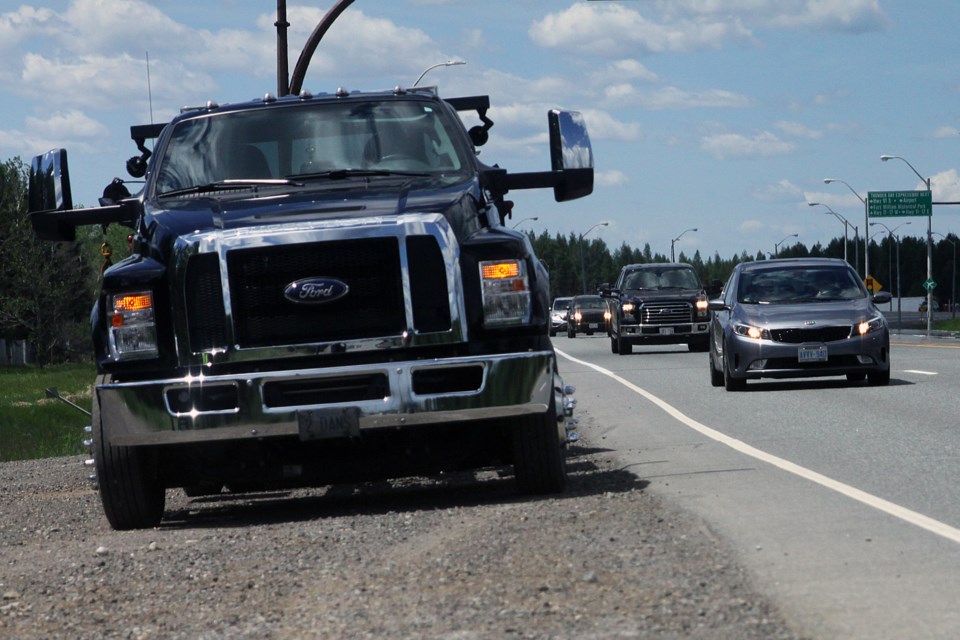 Besides emergency vehicles, the Move Over Law also applies to tow trucks with their amber lights flashing. File photo by Matt Vis.

Since 1989, five OPP officers have been struck and killed by approaching vehicles while carrying out their duties at the side of the road.

The OPP says those deaths could have been prevented if the drivers had slowed down and safely moved over for the roadside emergency vehicles.

Over the Civic Holiday long weekend, the higher vehicle traffic will have the entire Ontario Provincial Police, including the Nipissing West Detachment, setting its sights on drivers who ignore Ontario's Move Over Law.

The Move Over Law carries a $490 to $2,000 fine plus three demerit points upon conviction. Subsequent offences (within five years) carry a $1,000 to $4,000 fine, possible jail time of up to six months and possible suspension of your driver's licence for up to two years.

The OPP says it continues to be concerned by the number of drivers who place police, other emergency personnel, and tow truck operators at risk on the roadside. So far this year, the Nipissing West detachment has laid six charges against drivers who failed to move over one lane when able to help create safe space roadside emergency vehicle operators to conduct their work.

This long weekend, the OPP says it is counting on drivers to avoid other poor behaviours that place all road users at risk.  In addition to enforcing the Move Over Law, officers will be watching for speeders, safety restraint use, distracted driving, impaired drivers, and other moving violations in an effort to keep the roadways safe during this high traffic volume period.

The OPP reminds motorists to stay alert, avoid driving distractions and comply with the Move Over Law for the safety of everyone.