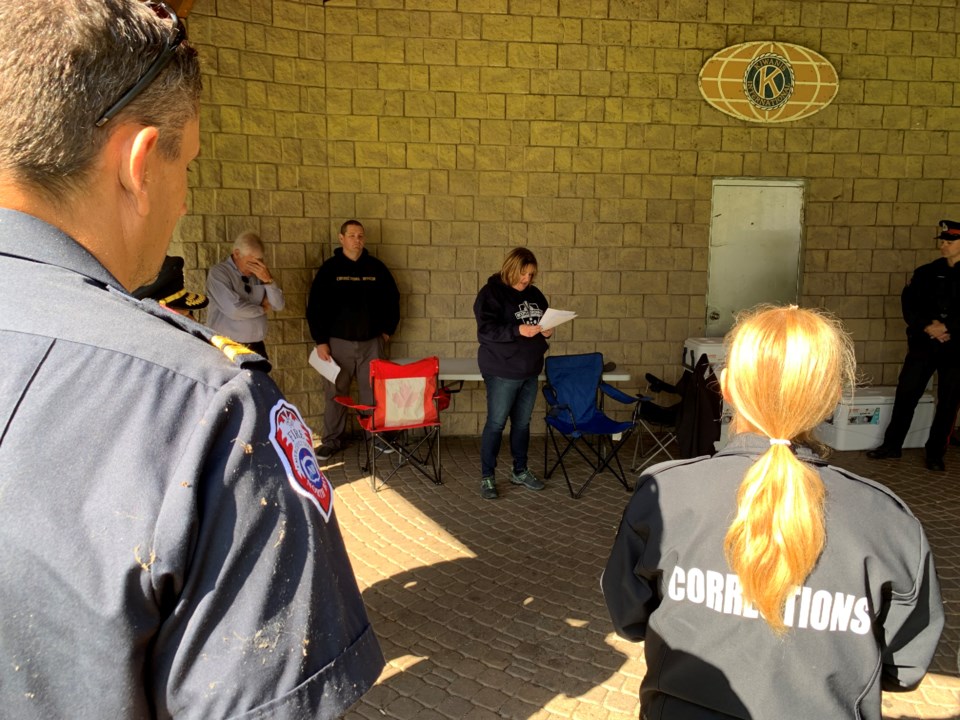 Sharon Bak tells her story at a Boots on the Ground event which gives peer support for first responders. Photo by Chris Dawson/BayToday.

Sharon Bak admits she has had mental health challenges.

Bak, a volunteer first responder, suffers from PTSD and has been taken to hospital by ambulance due to a mental breakdown.

She is doing better now, but the Thunder Bay native is now trying to help others with challenges as the Northern operations manager for Boots on the Ground.

The program, which is less than a year old, is there to help first responders cope with the mental and emotional challenges of their occupations.

“These people on a daily basis see the worst of humanity and some really horrible things so this is an additional resource that we wanted to bring to the north to let people know it is province-wide but this is the second tour we have done and trying to raise awareness that there are mental health and wellness initiatives all over the place internally but this is an external additional resource that folks can feel free to use if they need to,” said Bak.

“I think it is very important, I think for any first responder or anyone who deals with difficult situations sometimes finds it a bit overwhelming and if we have the ability to - this is another way for us to get support if you are in a difficult situation and you want to talk to someone, but you don’t necessarily want to talk to someone from your correctional facility, your fire or police department,” said Stothers.

Multi-sport athlete named 2019 nets Fellman Trophy for Female Athlete of the Year
Jun 6, 2020 12:00 PM
Comments
We welcome your feedback and encourage you to share your thoughts. We ask that you be respectful of others and their points of view, refrain from personal attacks and stay on topic. To learn about our commenting policies and how we moderate, please read our Community Guidelines.