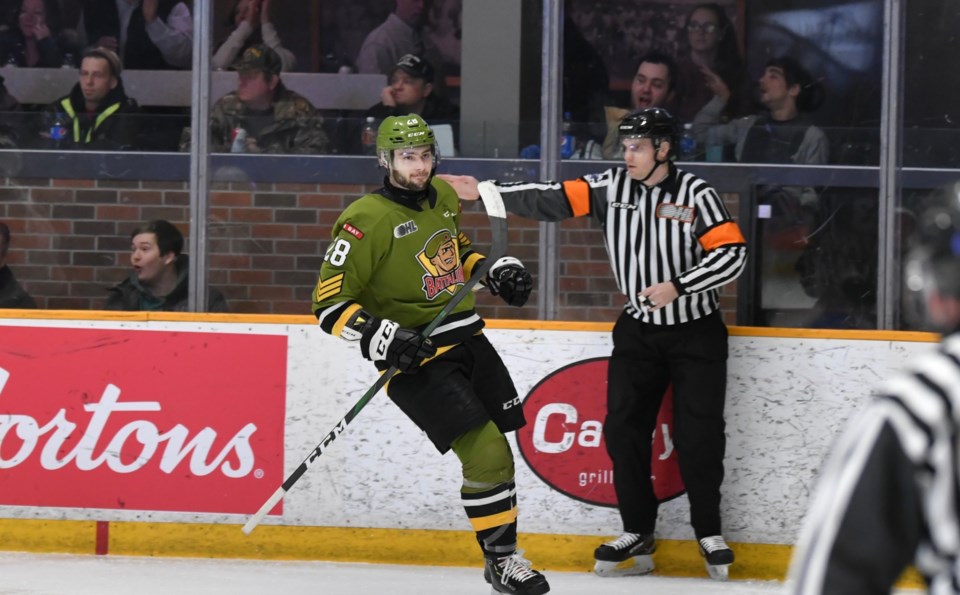 Moncada nets his 30th goal of the season against Ottawa in February 2020. Photo courtesy Tom Martineau/BayToday.

In a feature by Kortney Kenney, Moncada went through the challenges of dealing with such a strange hockey season that has not started yet in the OHL; with no start date announced yet.

Moncada admits the thought that he may have played his last OHL game has entered his mind.

“It’s going to creep in and keep you up at night sometimes,” the captain told Kenney.

“It’s not just a matter of playing another game in the OHL, it’s really your career, something I have been working at the past 15-16 years, to be a professional hockey player and to play the game of hockey as a living.

“It’s really about my future in the game of hockey,” he continued. “It’s tough to think like that, and to look forward like that, but like I said, you can’t look into the future, you can’t read into it too much because you have no idea. A big part of keeping my sanity is trying not to do that and focus on day-to-day things, to better myself either in hockey or otherwise.”

Even if the Cleveland Monsters AHL tryout does not work out, the opportunity will certainly allow Moncada to be more prepared if and when the OHL returns.