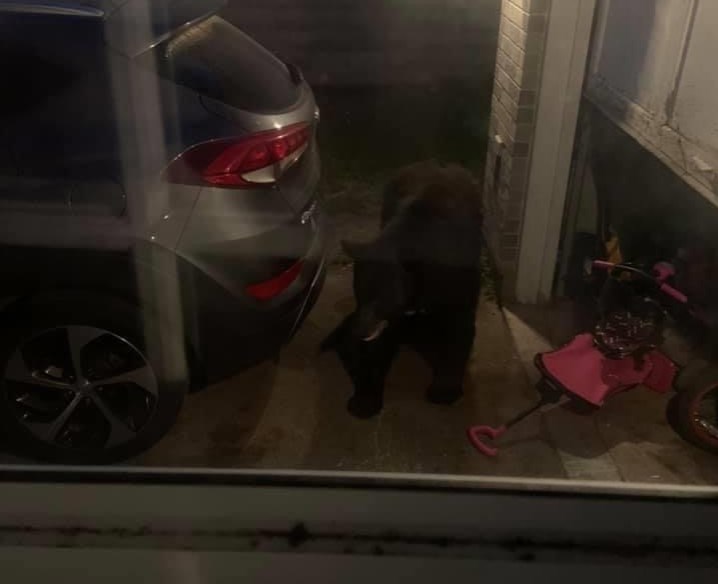 This bear was sighted lurking near this home in the Ski Club area earlier this week. Photo courtesy Facebook.

The Ministry of Natural Resources and Forestry is asking area residents to be aware of bear sightings in the City of North Bay, specifically the Ski Club Road area, and to take the necessary steps to avoid attracting bears into local neighbourhoods.

That news comes after multiple sightings on the north end of the city alone this past week with police being called to the scenes.

The MNRF says of all these reported incidents, almost all involved food waste in garbage and bird feeders.

See related: Bear sighting in the north end of the city

See related: A bear in the window

The MNRF is reminding the public that bears are often attracted to things such as garbage, bird food including suet, seed and nectar, odours from barbecues and ripe fruit left on trees or on the ground.

"Removing these attractants can help keep bears out of the area," the MNRF release continued.

When the availability of natural foods is limited, bears will look for alternative food sources, often in communities. When bears cannot gain access to non-natural foods such as garbage, they will not stay in the area.