'The Ontario Fire Marshal has decided that they will be investigating today's fire in light of the serious injury to one of the employees'
Feb 22, 2021 4:05 PM By: Chris Dawson 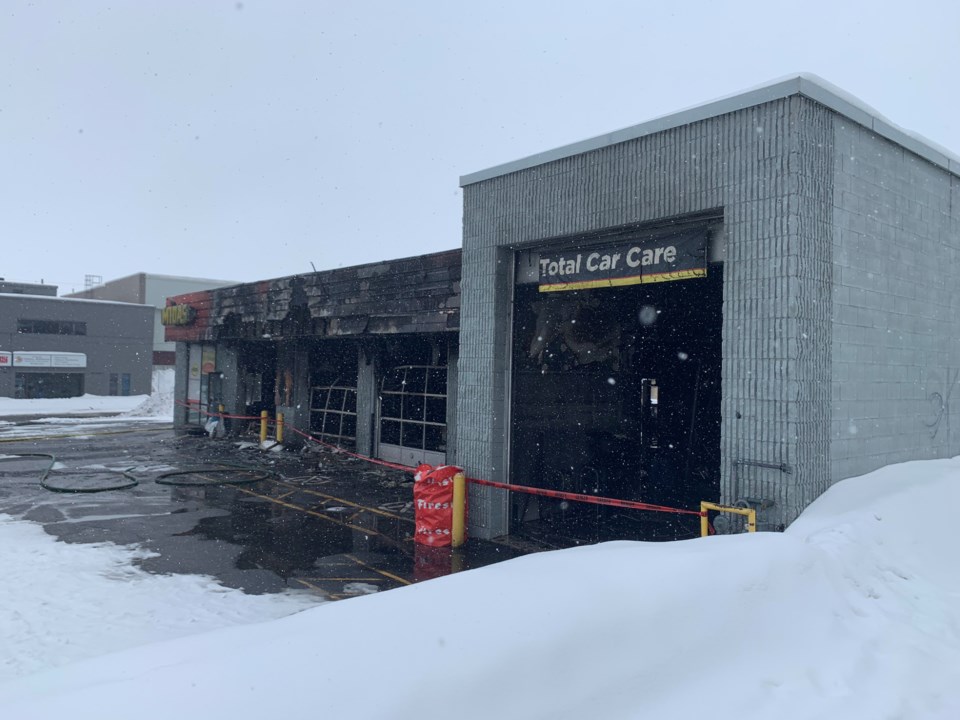 The remains of the Midas building around 2:30 p.m. Monday afternoon. Photo by Chris Dawson/BayToday.

The fire has been extinguished but traffic is still cordoned off on Fisher Street between Main Street and McIntyre this afternoon around 2:30.

Fire crews were in clean-up mode after the fire was called in around 10:45 Monday morning. The blaze left the Midas auto repair shop on the corner of Fisher Street and Main Street destroyed and sent two employees - an owner and his son - to hospital with undetermined injuries.

"The Ontario Fire Marshal's has decided that they will be investigating today's fire in light of the serious injury to one of the employees," stated Greg Saunders, deputy chief with the North Bay Fire Department in an email to BayToday.

"The Ministry of Labour will be conducting their own investigation also due to the injury sustained by the worker."

See related: It took the whole business down in seconds

Saunders adds that the Ministry of the Environment will also be attending the scene to make certain that the precautions that fire crews put in place to contain the runoff from the fire were properly dealt with.

Three pumper trucks were on the scene this morning battling the fire which created massive toxic black smoke which blew over Main Street down making visibility at times to almost zero. Traffic was closed on Fisher Street

Police were asking everyone to avoid the area due to the heavy smoke and fumes.