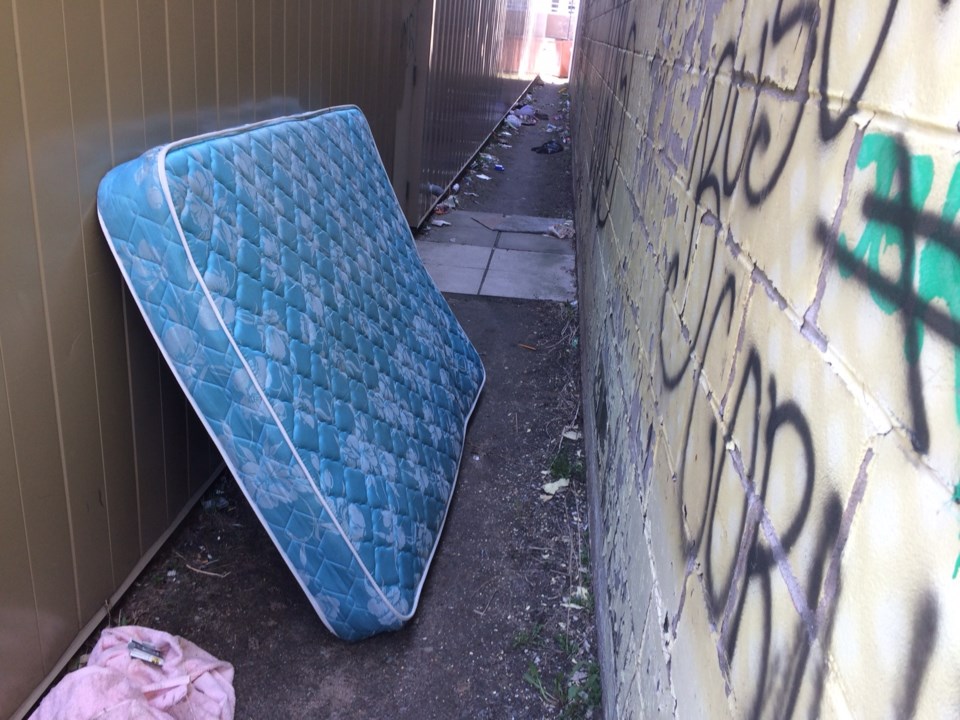 This mattress was been abandoned in an alleyway between Main St. E. and Oak St. File photo by Jeff Turl.

A program that started out as a clever idea from a FIRST Lego robotics team is becoming a very successful recycling program.

According to city statistics, North Bay’s Mattress Recycling Program has kept more than 10,000 mattresses from the City’s landfill site since its launch in 2017.

“It’s encouraging to see an increasing number of mattresses being recycled,” said Deputy Mayor Tanya Vrebosch, who was an advocate for the creation of the program three years ago.

“Mattresses take up a lot of space and they’re 100 per cent recyclable. This program is not only helping to extend the life of our landfill, but it’s allowing materials like wood and fabric to be reused.”

The City’s Merrick Landfill site ships out truckloads of mattresses and box springs for processing each year to Montreal where the various components are disassembled, separated and then sold as commodities. A fee of $17 per piece is collected to offset the cost of the program, including shipping and processing.

The program, which is helping to extend the life of the landfill, is proving successful, with more and more mattresses being diverted and recycled each year.

The creation of the mattress recycling program was prompted by a council presentation in 2016 by a FIRST Lego robotics team which found that an estimated 100 mattresses, which are 100 per cent recyclable, were going to the Merrick Township landfill each month.