Man charged after trying to squeeze between snowplows

The highway was closed for two hours while the two vehicles were removed from the ditch.
Jan 10, 2017 6:31 AM By: BayToday Staff 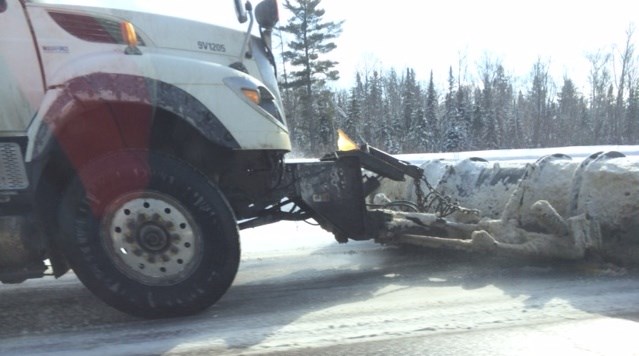 OPP are investigating an accident that involved an SUV driver and a pair of snowplows.

The collision occurred on January 4, at approximately 11:45 p.m.

Police say the two plows were clearing the snow off Highway 11 in tandem, when the SUV attempted to pass between them.

The driver of the SUV struck the front right wing of the plow, causing the plow to strike numerous guard rails before careening into a ditch.

The SUV also lost control and hit the ditch.

Both drivers were taken to hospital by Emergency Medical Services with non-life threatening injuries.

The highway was closed for two hours while the two vehicles were removed from the ditch.

The driver of the SUV, Richard Desroches, 51 of North Bay was charged with Careless Driving.