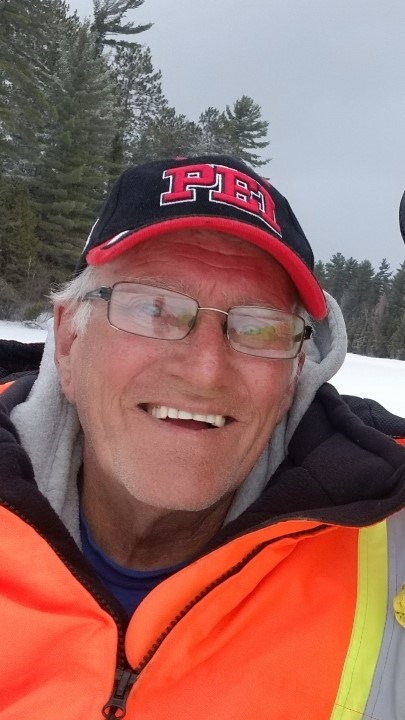 Tom Burt isn’t turning his back on the Phelps Volunteer Fire Department but he has another priority at the moment.

Burt, 74, resigned as chief of the brigade recently to focus on his own health concerns. He’s been battling cancer for almost two years and recently had a close call.

“It was touch and go for a 12-hour period,” Burt said during a telephone interview Friday morning. “I'm getting over that now, well I'm hoping to be getting over it.”

He was too sick to attend the official retirement send-off held for him Wednesday. Ontario Fire Marshal Josh Pegg penned a letter of appreciation and Burt’s wife, Betty, who is the department’s dispatcher, and one of his sons, accepted a plaque from the Northern Fire Protection Association on his behalf.

Burt described how rewarding it was to serve with the volunteer fire and emergency service volunteers for the past 25 years, even if there were no major incidents during his tenure.

“We have not had any special high-risk rescues or anything like that,” Burt said. “We have on an average one fire a year if we're unlucky. It's pretty quiet. Mostly we have medical calls.”

He said that’s an important role for small communities off the beaten path.

Phelps is an unorganized township and includes Redbridge and Balsam Creek. Many of the 500-plus properties are off Highway 63 and more than 15 minutes away for an ambulance arriving from North Bay.

“It helps (to arrive quickly ahead of the ambulance) … we get pre-information and assess the patient and then when they come, it makes it faster for them (paramedics). Sometimes we already have the person on a stretcher and they are ready to go.”

Burt said having a well-trained crew of firefighters arrive first on the scene lowers the stress levels.

“It helps people … to have somebody with authority and a bit of knowledge on the scene. And people feel better right away,” he said.

Burt worked a variety of jobs in his life, including work as an electrician, construction, and glazier for a large window company, as well as running a small business and taking contracts.

They have two sons, now 50 and 47 years old, with three grandchildren and Burt has plenty of motivation in this fight for his life, although he feels good about the life he has led.

“I’m a pretty stubborn person,” he said, referring as much to battling cancer and infection to working through whatever issues that came before him. “I stuck it out. Usually, if I say I'm going to do something, they do it.”

And he’s not done helping the community if he can.

He said the department is in good hands with new chief Melissa Moulder.

“She’s very knowledgeable, she knows how to handle people well and the team likes her. So she's got three strikes in her favour,” he said, adding being able to communicate with people is key.

“You have to be able to talk to people,” he said.

Moulder said Burt is highly respected in the community.

“He’s very knowledgeable, friendly and a great leader,” she said, noting he’s very “community-oriented, everybody looks up to him and anytime you have a question, he’s the go-to guy. And he’d give you the shirt of his back if you needed it.

“I have some big boots to fill,” Moulder said.

Burt said he’s happy with the way things worked out over the years even if some of the initiatives and challenges were tough at the time.

“Well, for the most part, I've enjoyed my tour of duty here in the positions I've been in... I'm glad to have been able to help the community and the people. And I'm content … every project has its ups and downs.”