Now in her early thirties, she got into music as a hobby 10 years ago on a virtual platform with music sharing. Last year, a musician in the Netherlands noticed
Oct 31, 2020 3:00 PM By: Jeff Turl 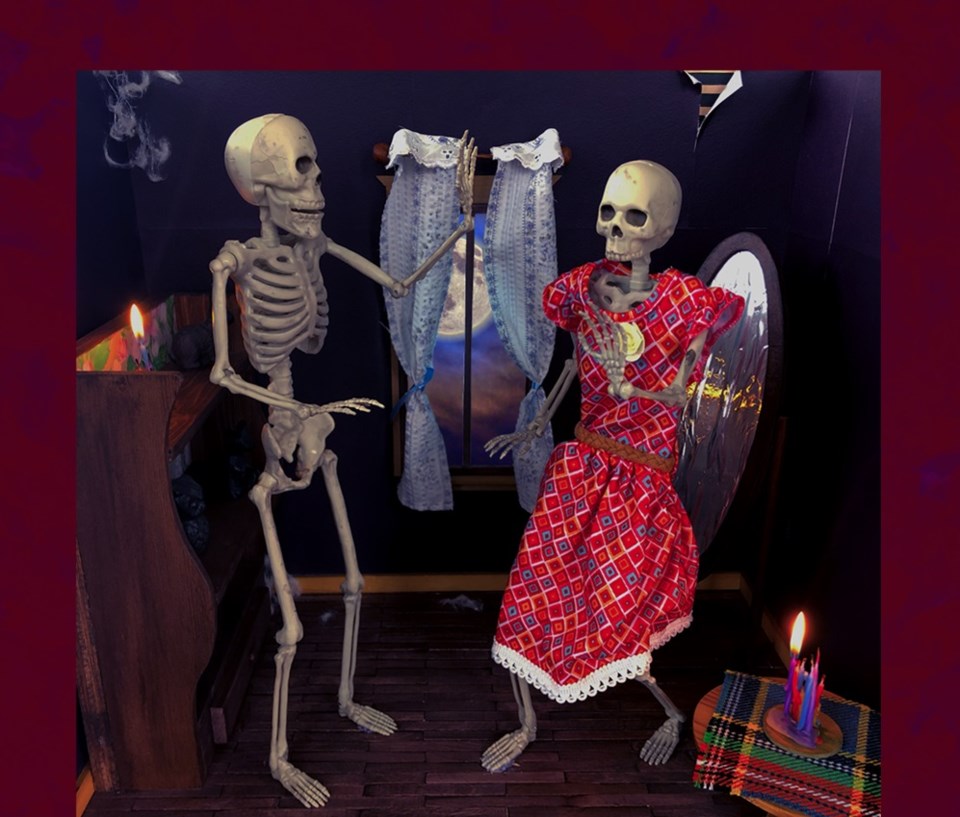 "The song has a playful, spooky feel and is inspired by the soundtrack to Walt Disney’s 1993 hit movie, Hocus Pocus." says singer Gabrielle Boissonneault, a graduate of Ecole Algonquin and Odyssee, who now works in Ottawa as a Canada Post supervisor.

Now in her early thirties, she got into music as a hobby 10 years ago on a virtual platform with music sharing. Last year, a musician in the Netherlands noticed

Electric Sparrow was born unintentionally in 2019 when Dutch music composer/producer Walter van Doesum found the original melodies and lyrics of Franco-Ontarian lyricist/vocalist Boissonneault on an online platform. He began to create hypnotic arrangements around her vocals, transforming them into story-like songs that capture a unique blend of light and dark she says.

Gabrielle and Walter have never met in person, but hope to at some point in the future when travel restrictions from COVID are relaxed.

And while she calls it a hobby, "it's kind of taken on a life of its own" she explains to BayToday, She would write her own songs as a teenager for her high school band, then travel and perform them.

Working at Canada Post has actually fuelled her passion.

"When I was working overnight it really affected my social life cuz I'd have the opposite schedule to everyone and so I needed something to fill the time in the middle of the night so I started writing and recording for fun. A lot of my friends and family really enjoy it and are always encouraging me to create more music and Walter and I are able to do that from across the planet."

About her release, which you can hear below, she says it has a real Halloween-type vibe. "It's not so much like a Halloween sone, but it's perfect timing because it has that feeling."

Their newest release - The Script - plays with words and nuance.

“I’ve always been fascinated with fairy tales and lore,".says Boissonneault. "This song toys with the cat-and-mouse complexity of relationships and power struggles, referencing games and fictional characters, like Rapunzel. But mainly, it’s a fun exercise in rhythm and rhyme. Walter added his magical touch, and now, it’s got this cool, Hocus Pocus or Tim Burton-like vibe.”

North Bay artist Blake Watson created a piece for the song’s Halloween release. This montage illustrates the alternating themes of light and darkness, with just the right touch of playful spookiness.