'After over two years of writing and editing, I have finally brought my dreams to life within the pages of this novel'
Apr 26, 2020 5:00 PM By: Chris Dawson 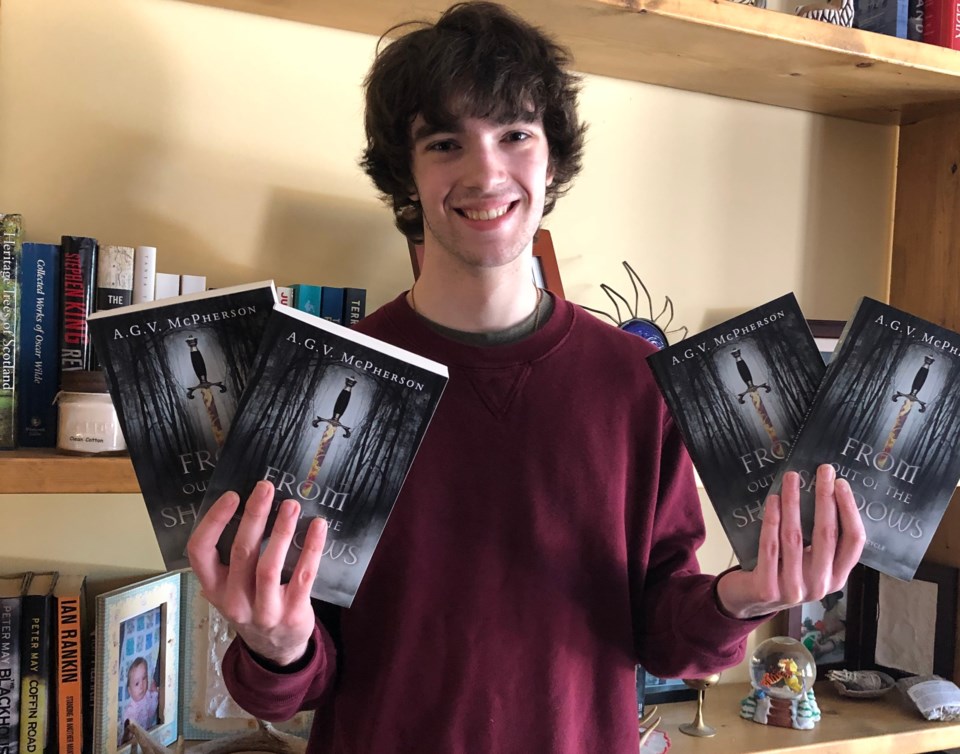 A North Bay student has released his first fantasy novel entitled "From Out of the Shadows."

Alastair McPherson, a 16-year-old Chippewa secondary school student says he has been inspired by writers like J.R.R. Tolkien and R.A. Salvatore and it has always been a dream of his to publish a novel.

"After over two years of writing and editing, I have finally brought my dreams to life within the pages of this novel," said McPherson to BayToday.

McPherson is hoping this to evolve into a four-book epic where he tries to bring to life a diverse world full of magic, kingdoms, and a fiendish plot to bring it all to ruin.

In this first book, an elf and a human must learn how to set aside their differences in order to survive the deadly attacks of the Dark Elves. Meanwhile, a dwarf and a gnome find themselves taken prisoner and must fight for their lives to survive. On opposite ends of the world, both pairs of heroes must struggle against the forces of darkness—and decipher what sinister plot the Dark Elves are trying to unleash.

Alastair has written many other fantasy pieces, including a novel, but From Out of the Shadows is the first to see publication.

It was officially released during the second week of April and is now available for local purchase in North Bay. It's now being sold at Vested Interest in Callander

Born in Timmins, McPherson now lives with his family in Corbeil, surrounded by a myriad of trees and a plethora of pets, including a dog, a gecko, a rat, and some fish.

From Out of the Shadows by A.G.V. McPherson, produced by FriesenPress, is available for order from most major online book retailers including the FriesenPress Bookstore and Amazon, as well as through direct order.

The eBook is available on the FriesenPress Bookstore and will be coming to Kindle, iBooks, and Google Play.