'I think it’s very important to not treat this as a trend and to continue to educate yourself and those around you. Black Lives Matter'
Sep 4, 2020 11:00 AM By: Chris Dawson 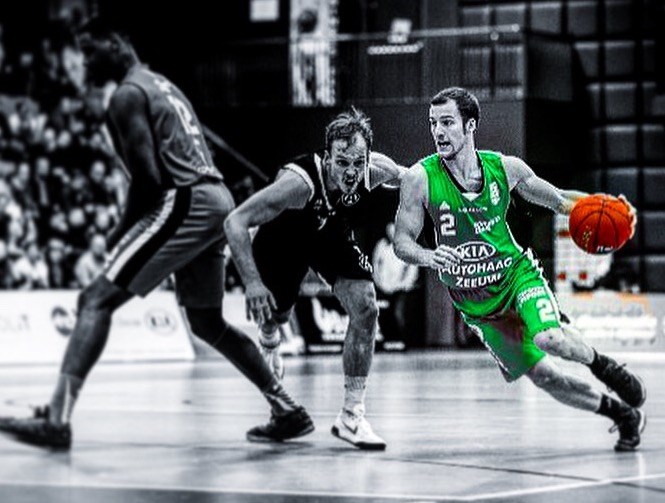 North Bay's Joey Puddister has had a long off-season away from the basketball court.

The Sudbury 5 guard is uncertain of his future with the National Basketball League of Canada. The league plans to start play in late December for the league's 10th season.

"I am not 100 per cent sure of my plans this upcoming season, Sudbury would be a great option as always," said the former Nipissing Lakers star.

"The organization, ownership and coaching staff is very committed to getting things rolling and having another very successful season. I’m also exploring opportunities overseas. I’m looking forward to getting back to it after such a long break."

While very little has happened on the court for the North Bay native this summer, he has been paying a lot of attention to the shooting incidents in the United States that led to NBA players postponing playoff games recently in response to the shooting of Jacob Blake in Kenosha, Wisconsin back in late August.

"I think the stance the NBA is taking is great, guys using their platform as professional athletes to really bring attention to serious injustices that have been taking place for a long time," said the 28-year-old.

As a white basketball player who has played with and against many black players, Puddister has a lot of insight through his experience in university and as a professional.

"I guess I would say it’s helped develop close friendships and understand more in-depth the things my teammates go through and the issues that they have to deal with that I’m privileged to never have to," said Puddister about having so many black friends through the sport.

"Becoming close with some teammates parents has been really important too. Black and indigenous mothers and fathers having to have different conversations with their kids and be worried about different issues when their kids leave the house that again my mom has never had to think about. Having teammates from different parts of Canada and the US is also a big eye-opener. It amazes me some of the stories of ignorance and hatred that these guys have to go through."

He admits he has seen instances where his indigenous or black teammates have not been treated fairly.

"I won’t get into specifics with stories but I’ve personally noticed a difference in how a group of my friends/teammates are treated when I’m with white teammates or with teammates of a different race," he said.

"I’ve been fortunate to have been around guys that are comfortable talking about these situations and really helped me to try to understand what people of different races go through almost on a daily basis."

Puddister was thrilled to see North Bay step up and participate in the Black Lives Matter movement back in early June in response to the tragic George Floyd incident.

"Although we all have a long way to go with this issue I was proud of the small community of North Bay putting on the BLM march and speeches earlier this summer. The support from the community was great and shows that we are headed in the right direction. I think it’s very important to not treat this as a trend and to continue to educate yourself and those around you. Black Lives Matter"