'We are happy for him he has sacrificed a lot and continues to love the game and improve since he moved to Sweden'
0
Apr 24, 2019 4:00 PM By: Chris Dawson 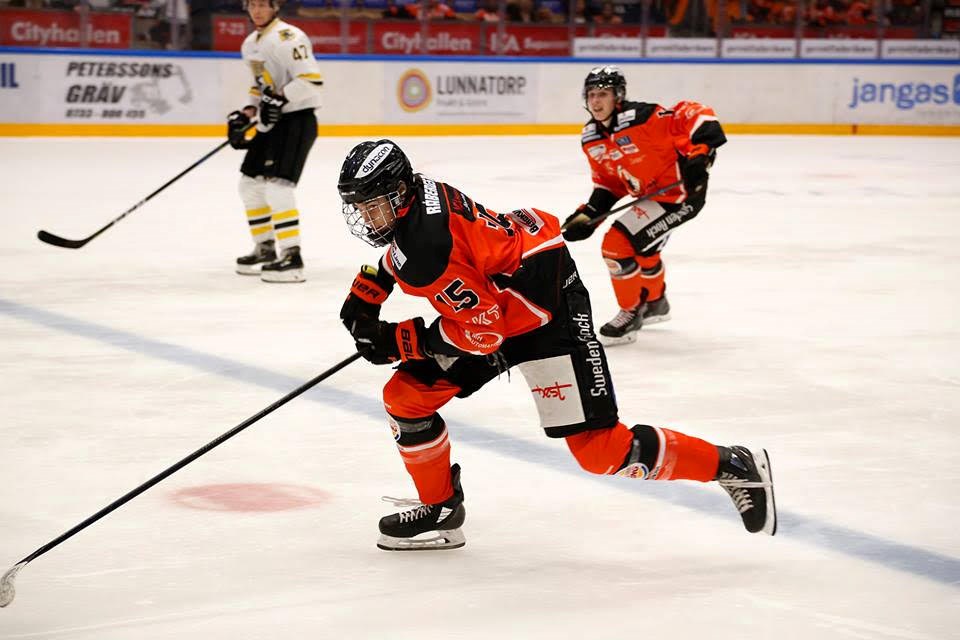 North Bay's Lucas Edmonds has finished off an exciting season of hockey in Sweden where he played for Karlskrona J20 Super Elite team along with 10 games as an affiliate with Karlskrona 2nd league.

Edmonds has participated in the National Junior program in Sweden both at the U17 and U18 level.

After another successful playoff run this spring with the J20 team, Edmonds is on the radar with a handful of pro teams in Sweden and he is optimistic a deal will come soon.

"We are happy for him he has sacrificed a lot and continues to love the game and improve since he moved to Sweden," said Randy Edmonds, a former pro hockey coach in Sweden.

It's been an exciting journey for Edmonds, who accepted a Division I NCAA scholarship from UMass in 2017 before deciding to go the pro hockey route overseas.

Edmonds was also a 7th round pick of the Kingston Frontenacs in the 2017 OHL Priority Selection.

Edmonds will spend some time in the spring and summer in North Bay before heading off on August 1st to begin a pre-season schedule which will include eight to 10 pre-season contests which include a trip to Finland.