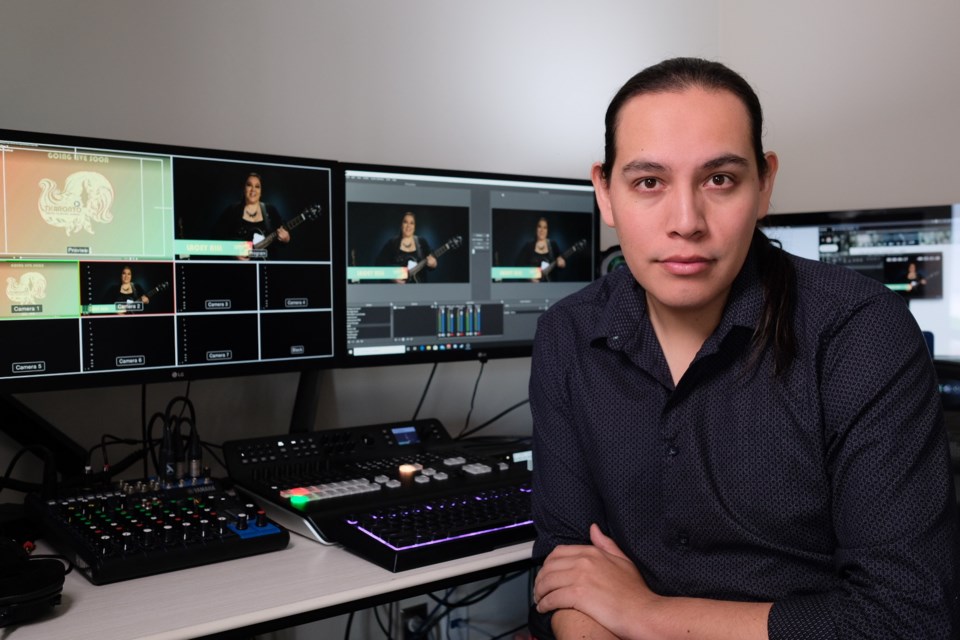 For even some of the most diversified business people, COVID-19 was a business killer.

Lindsay Sarazin owns his own TV production company and is an established photographer/videographer.

The 28-year-old says everything he was planning to do came to a halt.

"It was crazy. Every event, literally every event or contract that I had was gone," said Sarazin.

"I lost all my spring income in one weekend in March."

Those contracts included onset photography for a TV series, a camera operator contract with the CBC and a number of other corporate events.

"I was in the same boat as so many others wondering what to do. It was the first time ever I considered applying for EI so it was a really big shock to the system," said Sarazin, who owns Wolf Eye Productions.

However, Sarazin made a smart business move and anticipated there was a niche to be filled in the world of online broadcasting. That business gamble seems to be paying off for him now.

"I have all this skill and I have this equipment, I bought a switcher about a year and a half ago and I started buying the peripherals to go with that kit and how do I use this and bring my stuff online because everybody is going to be going online now," noted Sarazin, who graduated from the Canadore College TV Broadcasting program about eight years ago.

"I saw that happening so I think I got ahead of the game."

Sarazin made a business connection working at an event in New Orleans and that producer reached out to him about a major live stream project.

"It was a music festival, which we have been working on for the past month and a half and this last weekend we produced the Tkaronto Music Festival online," he said.

"It was a three-day event and about six hours a day. We hosted a mixture of live hosts and pre-recorded musicians. My objective was to bring high-quality live stream materials to the audience."

Sarazin says the event organizers even received inquiries during the broadcast as to how they were able to put it together so efficiently.

"We have seen with COVID-19, that everybody is trying to get connected and not many people know how to do this and not many that do it are doing it very cleanly," said Sarazin.

"Musicians themselves are not [broadcast] technicians, they are artists so I wanted to produce a show that ended up being super successful. That whole journey started from 'what am I going to do next?' Now I am putting myself out there as a music festival director and live stream event broadcast director."

Now Sarazin has an optimistic view of 2020 despite the pandemic. He hopes he can continue to reinvent himself moving forward.

"That is my goal this summer and it is really all about adapting and bringing stories to people is always what I've wanted to do with my life," he said.