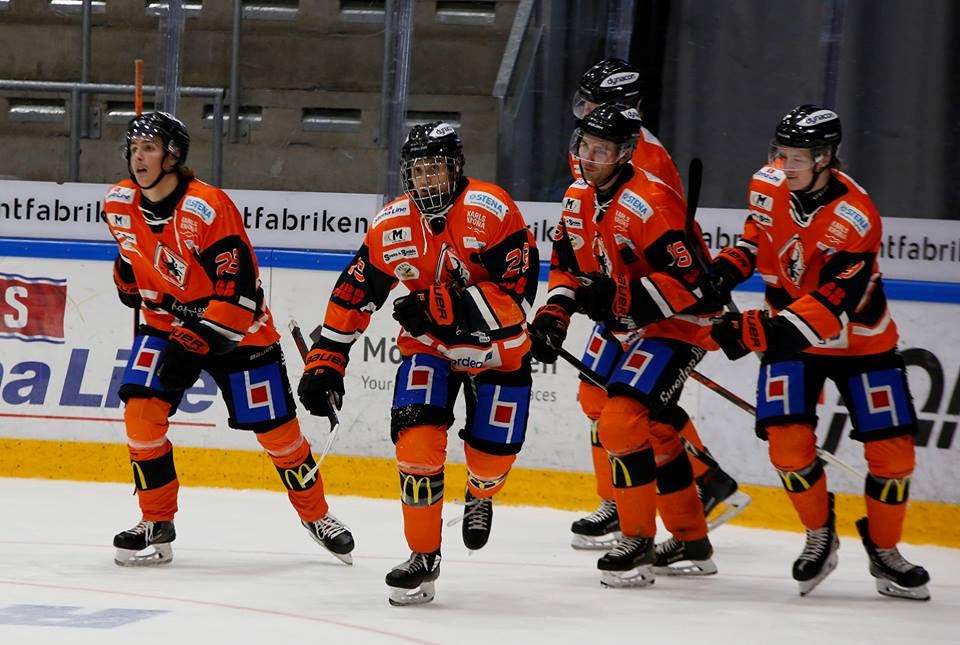 Lucas Edmonds (with helmet and cage) celebrates a goal for Karlskrona. Photo submitted.

North Bay’s Lucas Edmonds has signed a pro deal with the Vaxjo Lakers who were the Swedish Hockey League champions in both 2018 and 2015.

It’s the same pro team Vancouver Canucks star Elias Pettersson played on before jumping to the NHL in the fall of 2018.

Edmonds, who was a seventh round pick of the Kingston Frontenacs in 2017, is rated 118th among European Skaters eligible for the 2019 NHL Entry Draft.

Randy Edmonds, Lucas’ father who coached professionally in Sweden, believes this is a great opportunity for his son.

"Most top clubs in Sweden take 1-2 young players and help them develop into full-time professional players at the top level and Lucas is lucky enough to be chosen by Vaxjo, a top club in Sweden,” said Edmonds, who also coached the North Bay Skyhawks to an NOJHL title in 2005.

“The Lakers are a great organization with world class facilities and they are 100% committed to helping him become a pro."