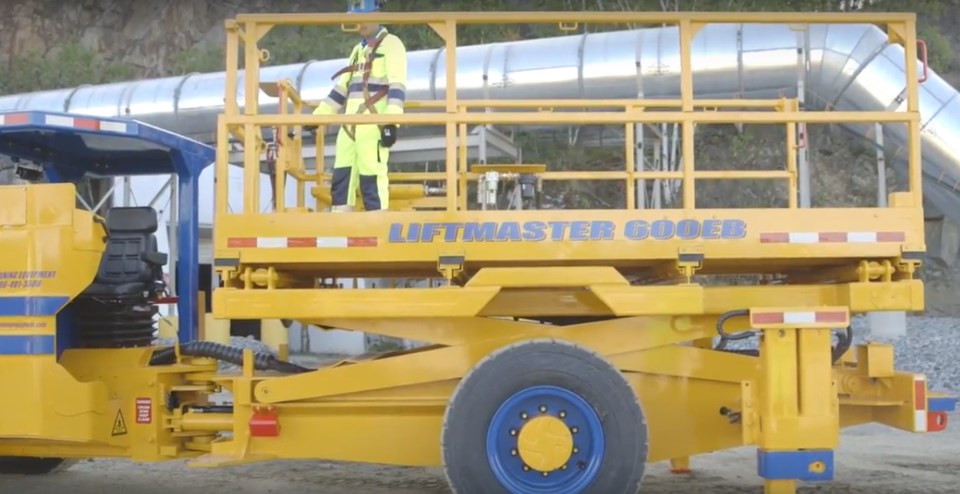 The government announced that Foraco Canada Ltd. will receive nearly $200,000 to create "a self-propelled Mobile F36 Skid Steer - Longhole Drill Prototype for underground drilling, which will increase productivity, efficiencies and safety of long-hole drilling operations. It will be the first of its kind in the mining industry."

The company is located at 1839 Seymour St, North Bay.

The announcement was made by Michael Gravelle, Minister of Northern Development and Mines, today while speaking during the official opening of the Ontario Pavilion at the annual Prospectors and Developers Association Convention.

It's website says Foraco International SA, is "a publicly traded company based in Marseille, France, and is the third largest global mineral driller providing innovative solutions for mining, and water projects across 22 countries and five continents. With the 3rd largest global fleet of drilling rigs, best-in-class safety standards and a versatile, well-trained international workforce with a proven track record in geologically complex formations we are uniquely positioned to satisfy the needs of customers operating around the world."

In addition, Drillco Mining and Exploration located at 1235 Brookes St, in North Bay, will receive $250,000 to design, build and field-test the first prototype of the MDS1, the next generation Modular Drilling System, which will be capable of drilling three common platforms, including underground, surface and fly-in operations. Drillco builds modular drilling systems.

Nordic Minesteel Technologies Inc., a steel fabricator in North Bay, will receive $250,000 to design, create and manufacture a prototype of the Speed Lifter. The Speed Lifter will be able to safely lift and secure a 400-ton truck in less than two minutes.

And, RDH Mining Equipment Ltd.  in Alban, just west of Noelville on Highway 64, will receive over $200,000 to create a Load Haul Dump machine, a smaller loader than the company typically manufactures. This one-cubic-meter Load Haul Dump machine will open up the narrow-vein market for RDH and serve as a frame design for future powertrain development.

"In total, these projects will create or retain more than 50 full-time jobs," says the news release.

In Ontario, there are over 26,000 direct jobs in mineral production, and an additional 50,000 indirect jobs are associated with mineral processing and manufacturing.

Homeless tents at city hall a bad sign that the homeless population is growing
Sep 28, 2020 4:00 PM

East Ferris re-brands with logo, website redesign
Sep 28, 2020 3:00 PM
Comments
We welcome your feedback and encourage you to share your thoughts. We ask that you be respectful of others and their points of view, refrain from personal attacks and stay on topic. To learn about our commenting policies and how we moderate, please read our Community Guidelines.