'I think that openly defying what is in place to help keep everybody safe is putting everybody at risk'
Apr 16, 2021 10:00 AM By: Chris Dawson 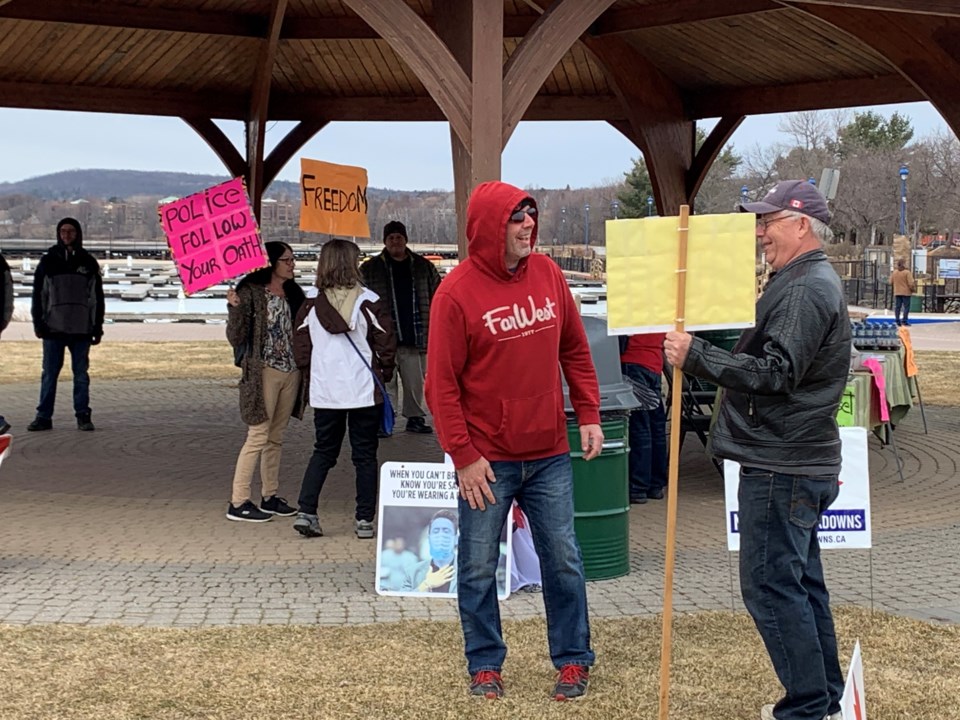 The region's Medical Officer of Health believes now is not the time for protests.

While the COVID-19 numbers remain low in the North Bay-Parry Sound District Health Unit with only 21 active cases as of Thursday, the provincial numbers continue to rise at an alarming rate with a new one day record of 4,736 reported Thursday.

Protesters part of the "Freedom Rally" are planning their third protest at the North Bay Waterfront on Saturday afternoon.

"We have seen this in the past and I think it is really unfortunate that protests occur," said Chirico.

During the last protest on April 3, the protesters insisted Ontarians should have a choice to wear or not wear a mask and have a choice whether or not they should take a COVID-19 vaccine.

"Give people the choice with the restrictions because it is weighing on everyone's mental health," one protester told the media on April 3.

"You can protest but adhere to the gathering limits, adhere to the rules and the public health measures to keep people safe. So I hope that they reconsider and I hope they don't put anybody at risk," said Chirico.

The Police have yet to lay any charges relating to any of the two other Freedom Rally's that have taken place at the waterfront in 2021.