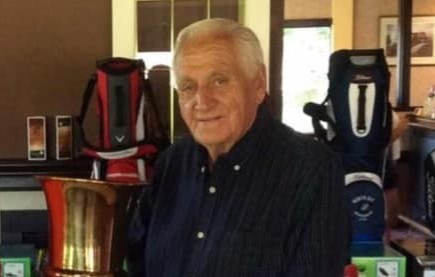 One of the area's finest golfer has died.

Bill Morland has passed away at the age of 90.

"Bill was inducted into the Golf Ontario Hall of Fame in 2009 and his impact on the game of golf in Northern Ontario will forever live on," the Northern Golf Association stated via Facebook Monday.

"Mr. Morland was and always will be a legend in Northern Ontario Golf. We express our condolences to the Morland family and North Bay Golf & Country Club during this time."

The North Bay Golf and Country Club's Men's invitational has been named after the well known and respected golfer who was inducted into the Golf Ontario Hall of Fame back in 2009.

"Bill Morland is a multi-talented athlete who decided to focus on golf. In his career, he won more than eighty tournaments and played in the Canadian Open five times,"  the Golf Ontario site states about Morland.

Morland is the uncle of former PGA Tour professional David Morland IV. Bill can be credited with putting the sport on the map in Northern Ontario. He served as a director for the Northern Golf Association (NGA) for over 40 years and represented the NGA within the Ontario Golf Association. He was also on the North Bay Golf Club directorate for many years, serving as President from 1958 through 1960.

Morland was also instrumental in growing the game in a number of smaller clubs in the North by bringing quality competition to many of their events. Morland was also responsible for bringing about the inclusion of golfers and golf clubs from remote areas into the NGA at a time when travel to participate in tournaments in Southern Ontario would have been an impossibility for many.