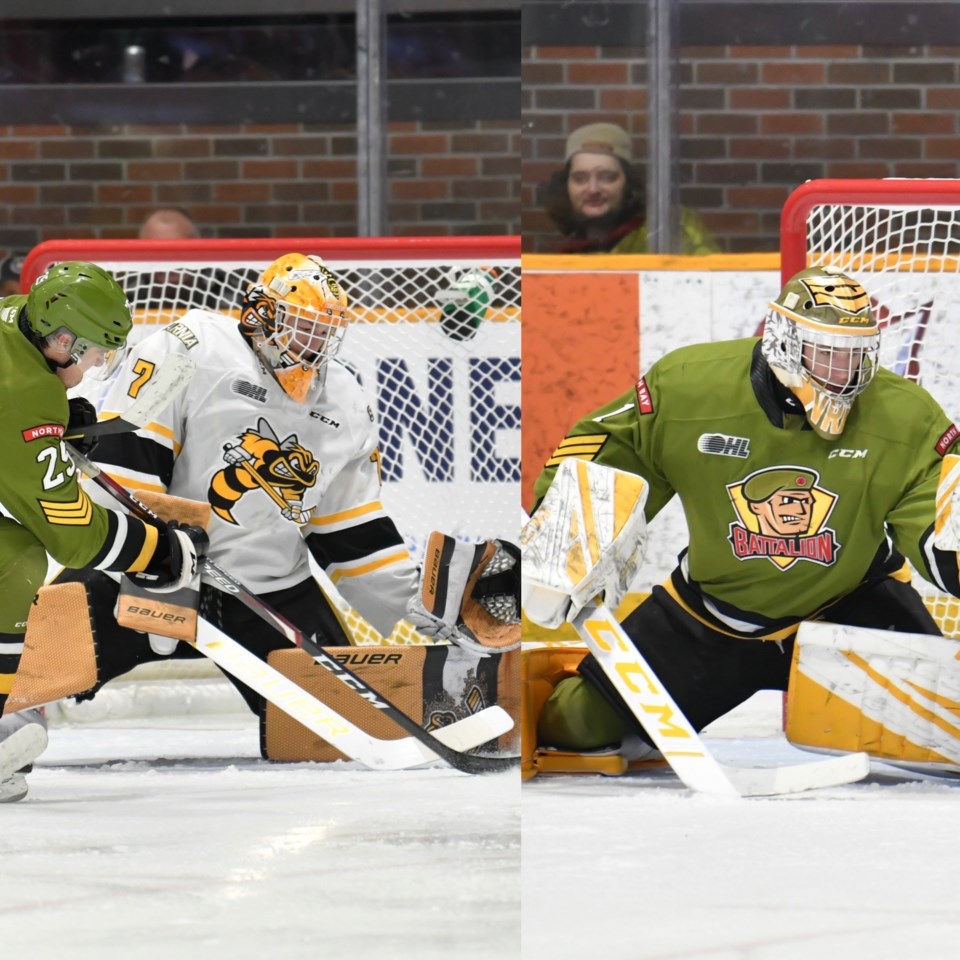 The 2019 first-round selection of the Sarnia Sting finished with a 4.34 goals-against average and a .890 save percentage in the pandemic shortened season.

Meantime Vrbetic, a 2018 OHL second-round pick of the Battalion, got better as the season progressed with the Troops getting into 42 games finishing with a 4.23 goals-against average and a .881 save percentage.

The previous season, Vrbetic led the Powassan Voodoos to the NOJHL semi-finals in his rookie season of junior hockey.

Both Gaudreau and Vrbetic were rated as "B" prospects which projects the two goaltenders as possible second or third-round draft selections in 2021.

Meantime, the Battalion's 2020 top import pick, Matvei Petrov, who turns 18 in March, is rated at a "C" prospect.

Petrov is currently skating with Krylia Sovetov of the MHL where he has one goal and three assists totaling four points in nine games so far this season.

The list is a compilation of top prospects from all the major development leagues throughout North America and Europe. It will be updated throughout the season as scouts evaluate the players.

"At this point in the evaluation process and considering the lack of a summer scouting season, it's much too early to identify a strength for the 2021 draft class other than to state that there are a number of good prospects at every position," director of NHL Central Scouting Dan Marr said in a release.

North Bay's Ray Giroux still making an impact on hockey through technology
Dec 4, 2020 1:00 PM
Comments
We welcome your feedback and encourage you to share your thoughts. We ask that you be respectful of others and their points of view, refrain from personal attacks and stay on topic. To learn about our commenting policies and how we moderate, please read our Community Guidelines.