Local company stepping up with PPE again; this time for area dentists 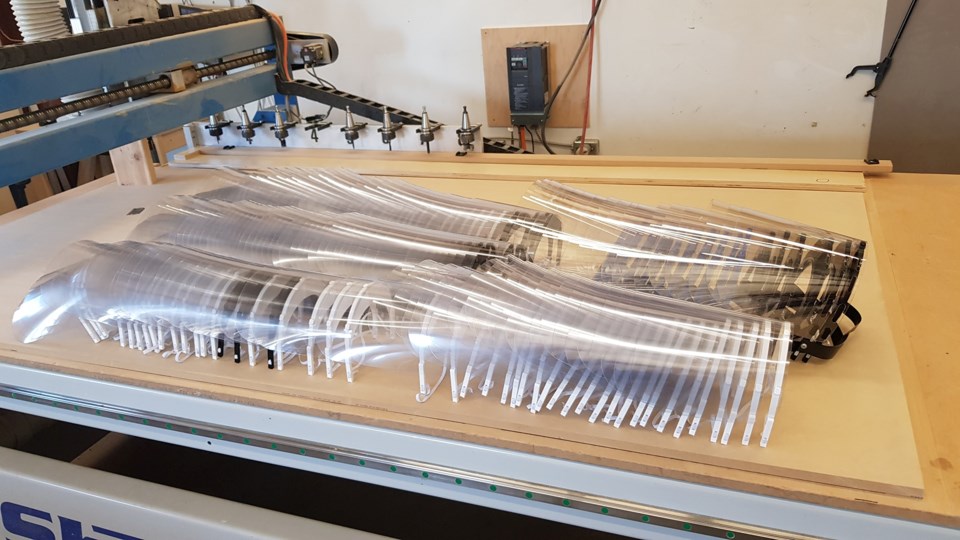 Justin Lahaie was known as one of the first local businessmen to offer personal protective equipment to the North Bay Regional Hospital Foundation when it made a plea to the public for PPE in the early stages of the COVID-19 pandemic.

Well, the owner of Hillcrest Cabinets is at it again. This time he is doing it for local dentists who were just given the green light to re-open this week.

Dr. Glenn Paleczny, representing the North Bay and District Dental Association, reached out to Lahaie after getting a recommendation about his quality 3D printed handiwork.

"I told him. 'I am with the dentists and we can't get any of this stuff,'" said Paleczny who operates a local orthodontic clinic which has not been given provincial approval to re-open yet.

But instead of asking for a high price for the high demand products, Lahaie told him they would be free.

"The best part of this is, he would not take any money," said Paleczny.

"We are dentists, we can afford to pay but he said 'no,' so I insisted that I at least buy him lunch."

Lahaie agreed to donate more than 60 shields to area dentists.

"The PPE shortage is making it difficult for them get what they need," Lahaie told BayToday.

"We saw the need was serious with dental work creating potential aerosol droplets from patients saliva."

Paleczny says the local dentists really appreciate it. In fact, he says they agreed collectively to donate some funds to Lahaie's GoFundme page connected to his 3D printing initiative.

"He was the nicest guy, talk about an altruistic guy just doing something for the community, that's that guy. He was awesome," said Paleczny.