Richard Lachance began this contribution at age 12 when he began as a hockey official
Jun 21, 2020 9:30 AM By: BayToday Staff 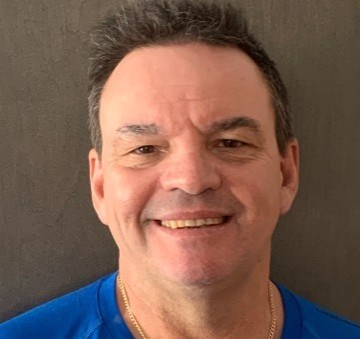 Born in Cache Bay and a longtime contributor to sport in the Sturgeon Falls and North Bay Community, Richard began this contribution at age 12 when he began as a hockey official.

It can be said that Richard brought the Sturgeon sports community to the city and brought the city to Sturgeon Falls. He was responsible for developing and running youth gymnastics in the community for 25 years, a hockey school from 1986-2017, Raptor ball and Sports for Special needs students and special Olympics for 30+ years.

Lachance also represented the North Bay and Sturgeon Falls area as a volunteer and the Provincial Summer and Winter Special Olympic Games as well as at the Provincial, Canadian and World Francophone games.

All of this and we haven’t even touched yet on his dedication or impact on student-athletes at the high school, NDA, NOSSA or OFSAA level.

Richard began teaching at Northern Secondary School in 1989 where he immediately had an impact on their athletic teams and programs. In 1993, he became the Athletic Director and continued for the next 26 years until his retirement in 2017.

His belief in extracurriculars and love for his school and his students was always visible whether while representing them at the NDA, NOSSA or OFSAA level, as the Athletic Director, as a coach, convenor and teacher.

His dedication to football, golf, volleyball, basketball, track and field, hockey and baseball over many years has had a massive impact in growing and developing strong knowledgeable and talented young men and women who continue to this day to acknowledge “TChurd’s” impact on their lives.

His contribution to sport continues to this day as he continues to officiate hockey (46 years) as well as volleyball and football within the NDA and other hockey organizations in the area. Richard also remains on various provincial organizations. He is a writer for OPHEA (Ontario Physical and Health Association) safety guidelines for elementary and secondary schools as well as a presenter for CIAAA (Canadian Interscholastic Athletic Administrators Association) and teaches the OFSAA Coaching in Ontario Schools program.

His biggest fans and loves of his life are his wife Giselle and sons Mathieu and Eric. They too have taken on their dad’s love for volunteerism and sport. His love for them is obvious by how he talks about his family every time he can with a huge smile on his face and adoration in his voice.

The 2019 Hall of Fame award winners will be recognized and presented their awards at a later date this year.