Lion's Club hands out generous donations across the community 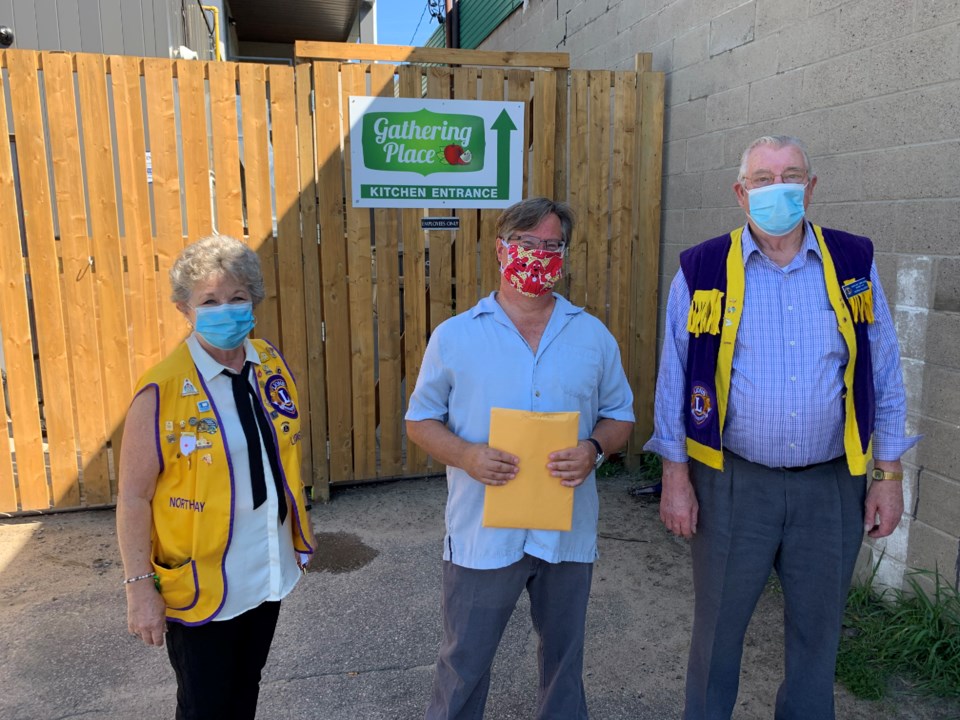 Lion's Club officials Wendy Porter-Greason, Norm Hillock, and Dennis Chippa, from the Gathering Place, which accepted a $5,000 donation from the Lion's Club. Photo by Chris Dawson/BayToday.

The North Bay District 5-A Lion's Club was in a generous mood today as they visited five locations across the city handing out generous amounts of money to various causes.

"It is a delight to give back and knowing there are hungry people, people that need PPE supplies," she said.

"There is nothing better than that, to be a Lion's Club member and be able to do this."

Porter-Greason says the Lion's Club handed out $1,000 to One Kids Place, $3,000 to the Salvation Army, and $5,000 to the North Bay Food Bank, North Bay Crisis Centre and the North Bay Gathering Place soup kitchen as part of the donation run on Wednesday.

She says they were thrilled to see so much support for TV Bingo during the pandemic.

"We have made a lot of money since March and April," said Porter-Greason.

Dennis Chippa, executive director at the Gathering Place was caught off-guard by the big $5,000 donation today.

"I was incredibly surprised, I did not expect them so it is a wonderful surprise," said Chippa.  We have had a real up and down run. It is wonderful when the community donates to us and we find it also as an emotional recognition of the work that we are doing."

No criminal offence, OPP says after investigating Bonfield letter
Sep 22, 2020 8:45 AM
Comments
We welcome your feedback and encourage you to share your thoughts. We ask that you be respectful of others and their points of view, refrain from personal attacks and stay on topic. To learn about our commenting policies and how we moderate, please read our Community Guidelines.