'The club has done an excellent job with all the safety protocols and making sure we're following all the policies and the kids had a great time out there.'
Jul 21, 2020 11:00 AM By: Stu Campaigne 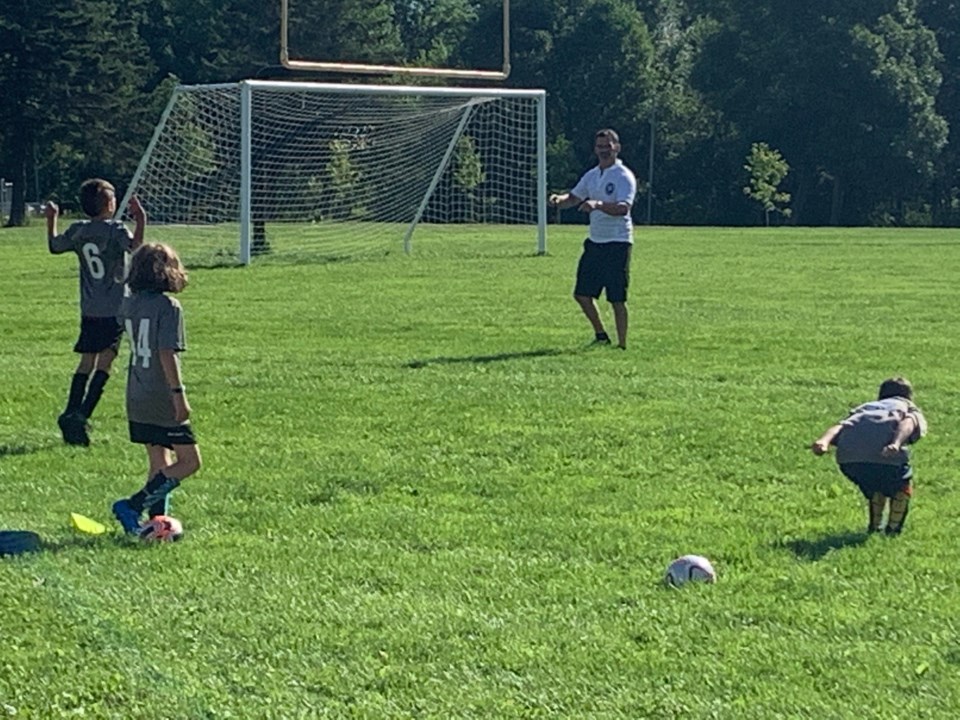 In a sporting summer truly unlike any other, local soccer players and their parents, along with Nipissing District Soccer Club coaches and its executive were thrilled to see the kids back on the pitch at all.

The various stages of reopening have provided plenty of upheaval to the soccer season and the club executive is committed to making something of a shortened season with training and conditioning despite the reality many leagues will not operate this year.

With the approval of the Ontario Soccer Association and North Bay Parry Sound District Health Unit, developmental soccer returned Saturday as players took to the pitch at Rollie Fischer Field and the NDSC technical director Giuseppe Politi ran four sessions throughout the day.

Politi, a highly-credentialed coach and technical director said it had been too long a wait to finally work with the club's players.

"I was really looking forward to today," said Politi. "I think it's time that soccer comes back. Even though it's not full-fledged soccer yet, we're going to get there in a safe way."

While following enhanced health and safety protocols, Saturday was deemed a successful return and an exciting day for the NDSC after their ability to train in anything more than small groups was in question for much of the spring and early summer.

Politi added, "The club has done an excellent job with all the safety protocols and making sure we're following all the policies and the kids had a great time out there. "

The Nipissing District Soccer Club has grown its ranks to include the youth competitive division and the women's division, as well as the men's division. The club has a partnership with Nipissing University and its competitive sides bear the Lakers name.

"We're really trying to put soccer back in North Bay, the way it was before and because of all the work that everyone's done before," observed Hopper.
Hopper added the club is being built from the ground up.

"We have positive enthusiasm, we're trying to build from grassroots level all the way to varsity level," he said. "We are a cohesive unit."

Said Politi, "It's good to see that there is hope now for soccer to return. Hopefully, by the time we get to indoor soccer season, we'll see a sense of normalcy."