'We hope that it will inspire young athletes the same way Noah inspired so many around him'
Nov 16, 2020 1:00 PM By: Chris Dawson 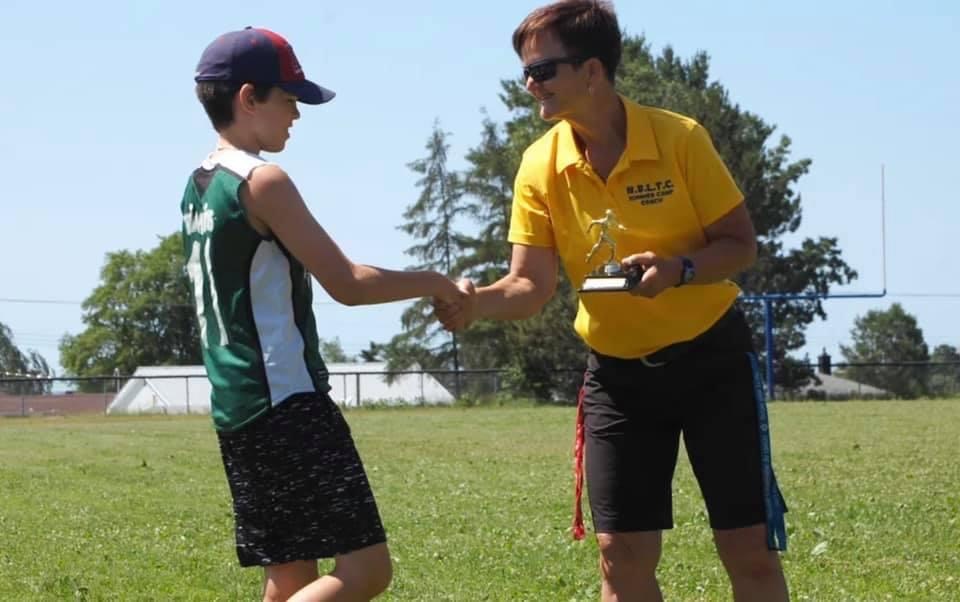 Jan Faucon gives out an award in the summer of 2019 to Noah Dugas. Photo courtesy Facebook.

The 13-year-old North Bay athlete passed away on Friday after suffering a stroke while in rehabilitation at a hospital in the Greater Toronto area.

While Noah was known for being a very good young hockey player, the Track Club notes he was a great young athlete with a tremendous attitude.

"He was an amazing kid, always smiling and always giving 110 per cent," recalled Mary Grannary, a coach with the North Bay Legion Track Club.

See related: "He was just a really nice kid"

Dugas, won the Greg Baril-Kenny Award in 2019 in honour of Greg who was a phenomenal high jump athlete and instructor with the club.

"The award in memory of Greg is giving to an athlete who shows determination and a bright future in and out of the sport," said Grannary.

After a North Bay Legion Track meeting this weekend, the Club decided to create another award; this one in Noah's name.

"We’ve decided that next year we will be adding the Noah Dugas award to our program, in hopes that it will inspire young athletes the same way Noah inspired so many around him," Grannary stated.

"Noah, you’ll be missed by the NBLTC family, the hockey community, and everyone around you.  My thoughts and love go out to Noah’s sister, friends and family."