As one of the three men in the canoe jumped in the water to help his friend, the canoe overturned, sending the other two into the water
Aug 4, 2020 9:50 PM By: BayToday Staff 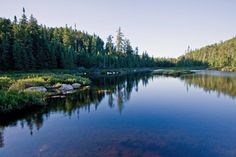 Halfway Lake was the scene of a drowning Sunday evening.. Courtesy Ontario Parks.

Lack of lifejackets proved deadly Sunday as seven people set out for a day of paddling on a lake just north of Sudbury.

Nipissing West OPP say they were called on August 2 at 7:10 p.m. to a report of a possible drowning in Halfway Lake at the Halfway Lake Provincial Park, Antrim Township.

Police say a group of seven people went out on the lake at approximately 6 p.m. Three men were in one canoe, two men in another canoe and two kayaks had sole paddlers.

Approximately one hour into the trip, one of the kayaks capsized. As one of the three men in the canoe jumped in the water to help his friend, the canoe overturned, sending the other two into the water. One went underwater but was rescued by one of his friends in a semi-conscious state. The victim was taken to shore and then rushed to hospital where he was pronounced dead.

He has been identified as Rishabh Shah, 23, from Sudbury.

None of the seven paddlers were wearing a lifejacket, nor did they have any lifejackets or lifesaving equipment on board.

Alcohol was not involved say police in a release.

A post mortem examination has been ordered to determine the exact cause of death.

Foul play is not suspected.