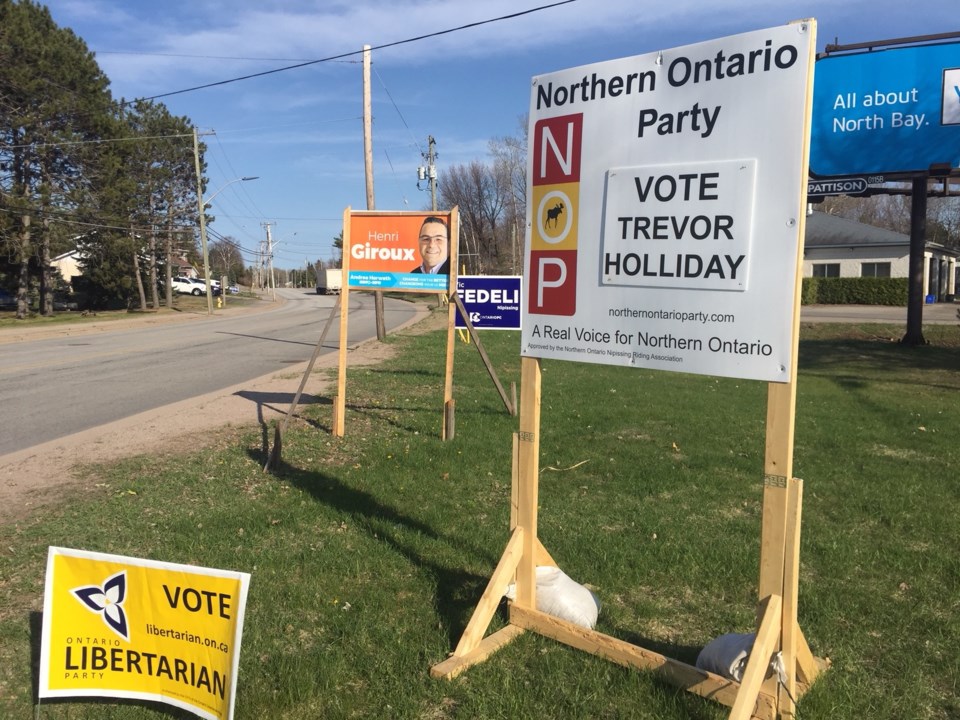 "Ontario is richer than it has ever been, and we can afford to invest in ourselves and our communities. We can afford to do better. We just need to vote better," according to a news release from a group called "Vote Better."

In preparation for the upcoming election in Ontario on June 7, four candidates have confirmed their attendance at an all-candidates debate Tuesday: Henri Giroux (NDP), Kris Rivard (Green Party), Stephen Glass (Liberal) and Trevor Holliday (Northern Ontario Party). The group says it also has a positive response from Vic Fedeli (PC).

Bond Keevil (Libertarian) has declined to attend and is not doing any media interviews either.