This year, Jeanie Bourdon, UNIFOR 103, won the Worker's Health and Safety Centre Award, for her dedication to the safety needs of her co-workers
0
Dec 4, 2019 6:04 PM By: BayToday Staff 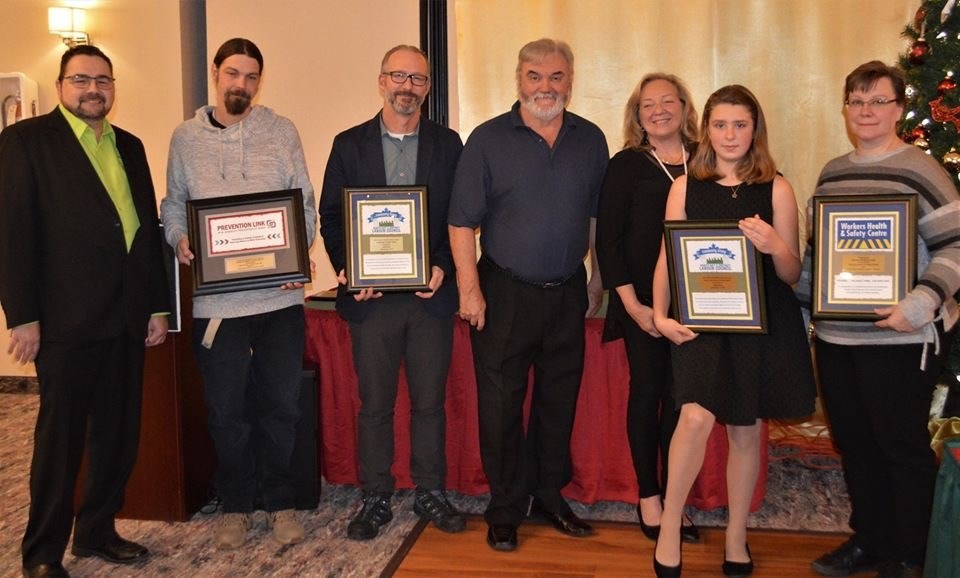 Roger Falconer, director for the Workers’ Health and Safety Centre, was the guest speaker and shared labour stories and spoke to the historical importance of health and safety activism.

“Every year we have a nice dinner and invite members of local unions, along with other union and community leaders, to honour the people and the work they do that goes into making our workplaces safer and communities stronger,” said Henri Giroux, Labour Council President.

This year, Jeanie Bourdon, UNIFOR 103, won the Worker's Health and Safety Centre Award, for her dedication to the safety needs of her co-workers.

Brent Giroux, CUPE 146, was the recipient of the OFL Prevention Link Award, award to a deserving health and safety activist.

In addition, Jared Hunt, OSSTF D4, was the recipient of the Community Activist Award at the awards dinner. He was recognized for building community and labour relationships.

Over 80 local union members and leaders attended the dinner.

OPP hoping new video can spark tips to solve Melanie Ethier cold case
Jan 22, 2020 5:00 PM
Comments
We welcome your feedback and encourage you to share your thoughts on this story. We ask that you be respectful of others and their points of view, refrain from personal attacks and stay on topic. To learn about our commenting policies and how we moderate, please read our Community Guidelines.