Kyle Wood has got a bullet! 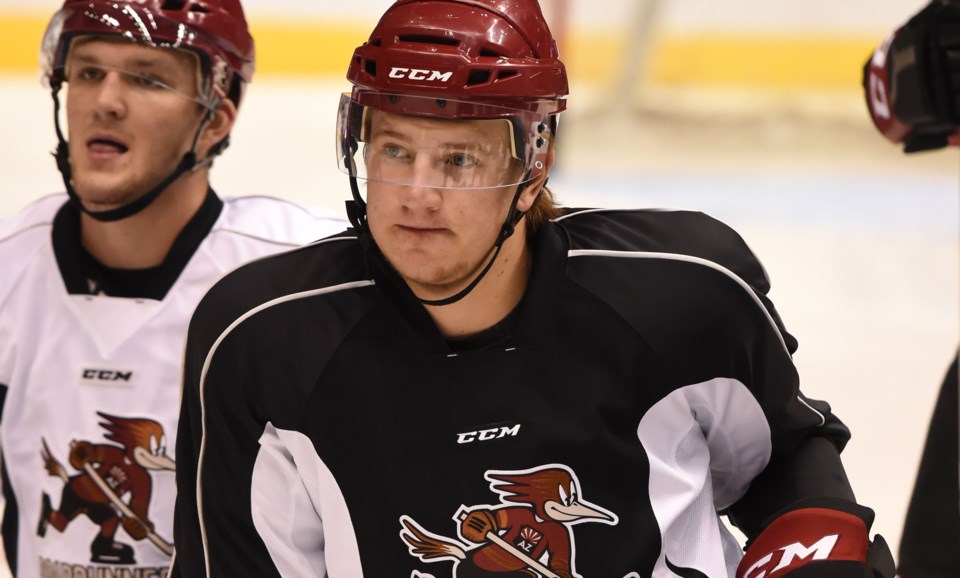 Former North Bay Battalion defenceman Kyle Wood has taken his booming slap shot to the professional ranks and yesterday it was definitely recognized.

Wood, who is in in his rookie season with the Arizona Coyotes AHL affiliate in Tucson, clocked the hardest shoot at the AHL All-Star Skills Competition with a blast clocked at 99.3 miles per hour.

Wood was competing for Team West at the event held in Allentown, Pennsylvania.

Wood has hit the ground running in his first season in the AHL as he was named the AHL rookie of the month in October and has continued to improve since then.

Wood leads AHL rookie defenceman in points and is second in rookie defender goal scoring with eight goals, and 22 assists for a total of 30 points in 38 games.

“My rookie season feels good so far, but it’s all about the team right now, you don’t really look at your individual stats too much,” Kyle Wood said to the website Five for Howling.

“You just have to focus on keeping the wins going. I feel like, yeah, I’ve found my footing in the AHL for sure, but the team has been great so far and the coaches and guys have been awesome. We’ve all been playing well and I’m getting there. As the team gets better my game is getting there too.”

Last year Barclay Goodrow, who played most of last season with the San Jose Barracuda, played in the AHL event.