'My thought process hinges around the fact that I think they think it’s a safe riding and I will tell you this is not a safe riding now'
0
Jun 18, 2019 8:10 AM By: Chris Dawson 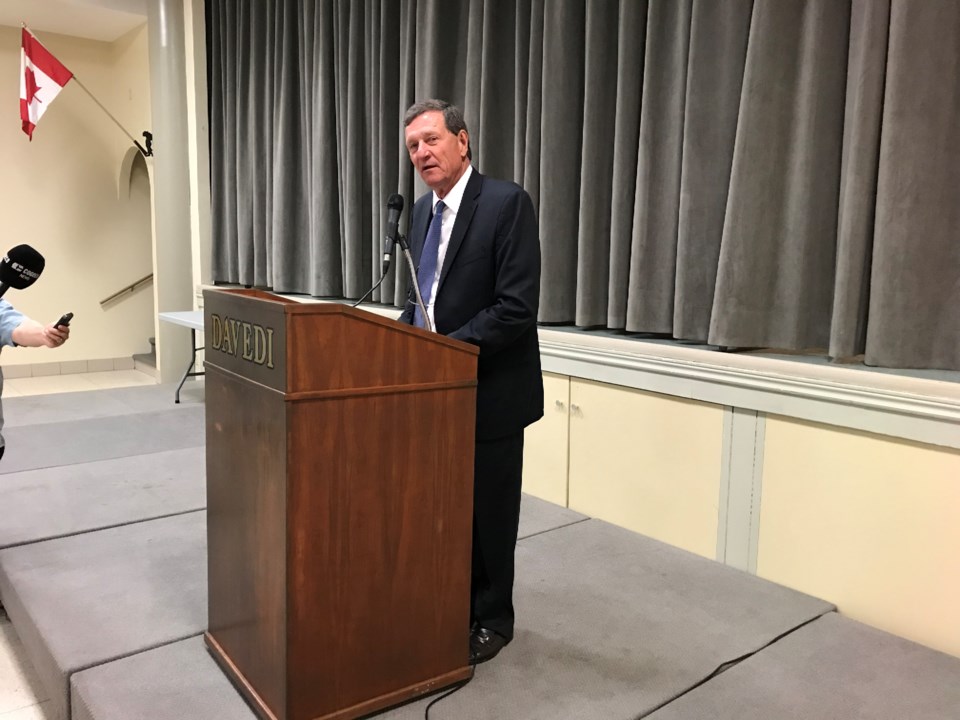 Longtime North Bay city councillor Mark King will be running for the Nipissing-Timiskaming Conservatives in this fall’s federal election.

The vote totals were not released.

King believes this riding does not get enough support from the Liberals in several areas including funding for seniors, mental health supports and funding to deal with drug addiction.

“There are all kinds of things out there about how the federal Liberal party has treated this riding,” King told Rogers Radio’s Bob Coles.

“My thought process hinges around the fact that I think they think it’s a safe riding and I will tell you this is not a safe riding now.”

He credits his competitor Jordy Carr for her hard work.

“They were very well organized,” noted King about Carr’s supporters.

“We were watching what was going on and how they were working the membership and they worked hard. They were out there doing what they had to do and they need to be congratulated for the job they did.”

Incumbent MP Anthony Rota is running for the Liberals.

King called out Rota as he says paying for repairs to maintain the Jack Garland Airport should be a federal responsibility, not a municipal one.

“Anthony has indicated that doesn’t come under the federal jurisdiction as far as funding is concerned. We’ve left it to the poor taxpayer in the city to pay that bill. I believe that should be a federal cost,” said King.

King weighed in North Bay being involved in the pilot project to attract immigrants. He says he’s in favour if there’s no municipal cost.

“If the federal government thinks that municipalities and the provincial government are going to foot the bill for immigration efforts I would be very. very surprised if it happens,” King says.

King says he will step aside from city council once the writ is dropped in the fall.

City reopens beaches this weekend, but bring a winter coat
May 28, 2020 4:29 PM
Comments
We welcome your feedback and encourage you to share your thoughts. We ask that you be respectful of others and their points of view, refrain from personal attacks and stay on topic. To learn about our commenting policies and how we moderate, please read our Community Guidelines.