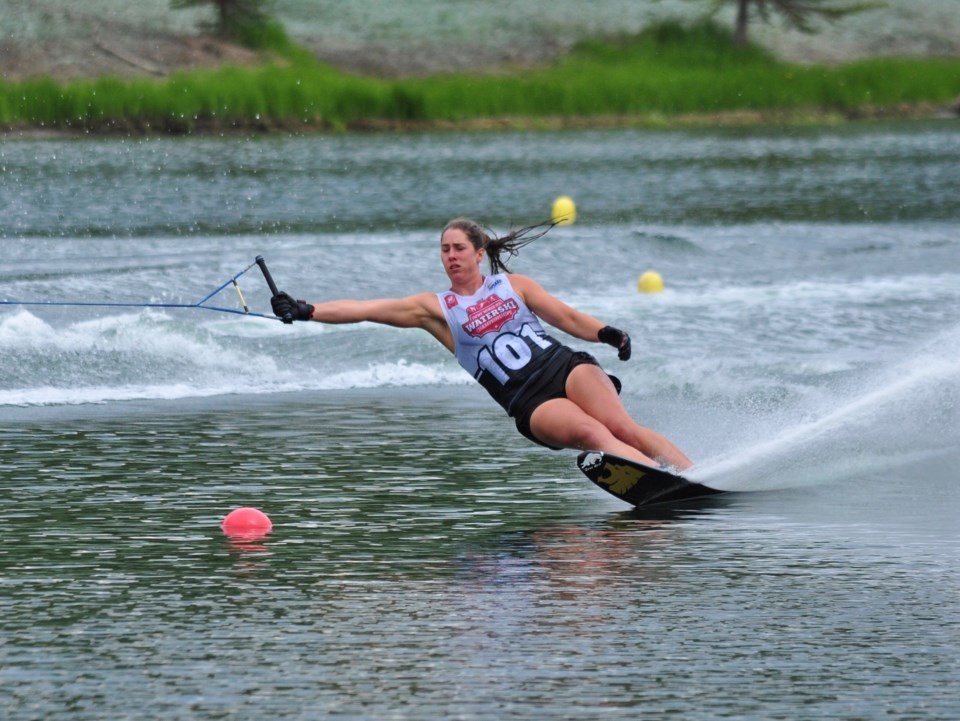 It was another great weekend on the water for North Bay’s Jamiee Bull.

The 19-year-old spent the weekend competing against the world's best women water-skiers, this time at the Malibu Open Waterski Festival held in Charleston, North Carolina at the Trophy Lakes Waterski Facility. In the preliminary round of skiing, a field of 20 Women was cut to 12 skiers.

The event featured the worlds best men’s and women’s professional water skiers competing for more than $70,000 in prize money in the slalom and jump events.

Jaimee finished tied for second spot with a score of 4 buoys at the 10.75 m rope length (39.5 feet off). In the next round of skiing, the field was reduced to 4 skiers and Jaimee advanced with a score of 5 @ 10.75 m knocking off current world champion Manon Costard of  France who ran 3.5 buoys at the same line length.

Former world champions Regina Jaquess of the USA, and Whitney McClintock of Canada along with Samantha Dumala of the USA also advanced to the next round with Jaimee. In the four-person semi-final, Jaimee scored 4.5 buoys@10.75m which was the top score of that round and gave her top seed moving into the final against current world record holder Regina Jaquess who defeated Sam Dumala in a run-off as they both scored 3 @ 10.75 m in the semis.

This was Jaimee's best finish ever at a pro-level tournament.

She now returns to University in Louisiana to prepare for the upcoming collegiate season.

Cross Nipissing swim planned for July by hall of fame swimmer
Feb 19, 2020 4:00 PM
Comments
We welcome your feedback and encourage you to share your thoughts on this story. We ask that you be respectful of others and their points of view, refrain from personal attacks and stay on topic. To learn about our commenting policies and how we moderate, please read our Community Guidelines.