It looks like Christmas at the recently moved Dionne Quints home

'It was just something we wanted to do and we thought needed to be done to make the home look like it really is a part of our community'
Dec 23, 2017 8:15 PM By: Chris Dawson 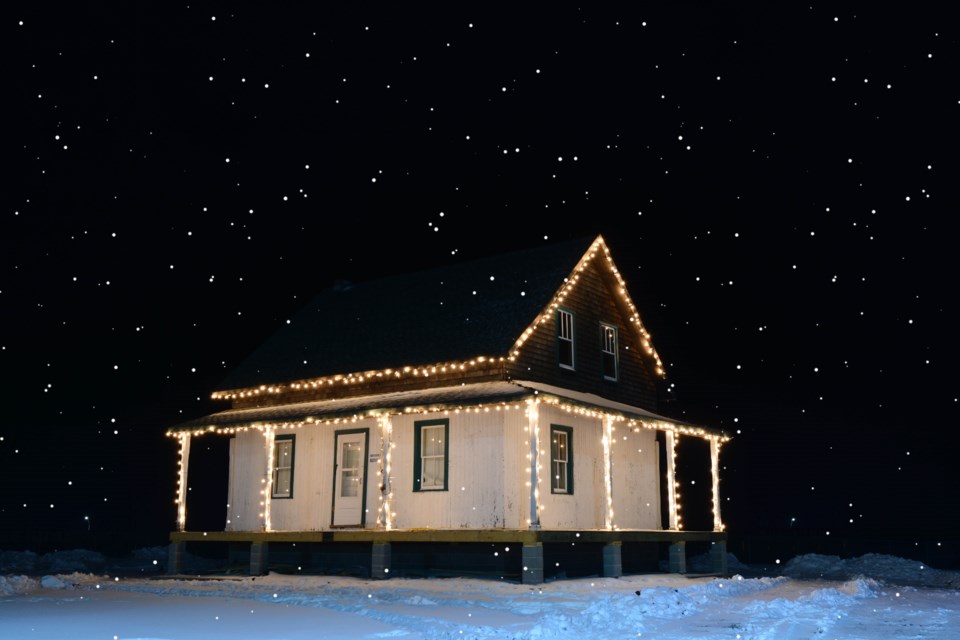 For the first time in as long as anyone can remember there are Christmas lights up on the Dionne Quint's Home in North Bay.

The iconic North Bay structure moved in three pieces to its new location on Oak Street near the Discovery North Bay Museum back on November 19th.

"It was just something we wanted to do and we thought needed to be done to make the home look like it really is a part of our community," said Ed Valenti, chair of the Dionne Quints Heritage Board.

"We had all of the same problems as anyone putting up Christmas lights," noted Chris Mayne, city councillor and Dionne Quints committee member.

"We blew fuses, ran out of extension cords and made multiple trips back and forth to the hardware store but in the end, it looks just great."

The lights will stay on over the holidays turning on each evening at about  5:15 p.m. and then be turned off around 11 p.m.

The home itself will remain closed until later in the year when the Dionne Quint's Heritage Board are planning to sign an operating agreement with the City of North Bay who owns the home and property.

In the meantime, officials believe it looks wonderful and brightens up the community waterfront park just in time for the holiday season.