Internet still a major concern for the region

'The outside municipalities were saying some of their challenges were they did not have access to high speed internet'
0
Apr 16, 2019 4:00 PM By: Chris Dawson 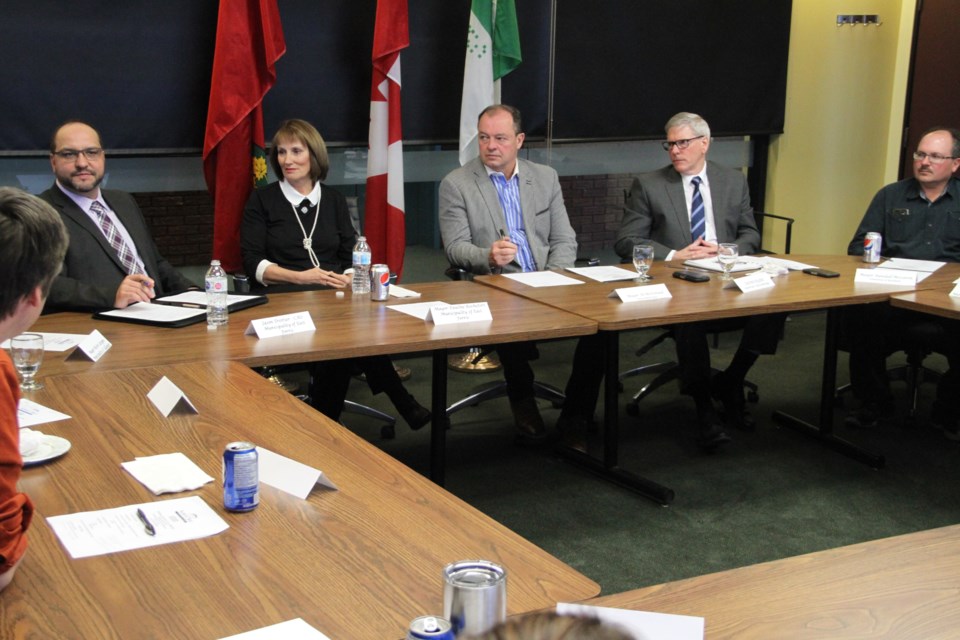 They went over a number of topics including the Northern Growth Plan along with hurdles many of the municipalities have to deal with on a daily basis.

“The general consensus is that all the outer lying communities want to grow which is good to hear,” said Al McDonald, North Bay’s Mayor.

“We need to increase our population and attract business and industry.”

One topic that hit home with all the leaders was the lack of quality internet service in the region.

“The outside municipalities were saying some of their challenges were they did not have access to high speed internet,” said McDonald.

“And I will be honest, from a city perspective I am hearing that from our rural citizens.”

Joanne Savage, the Mayor of West Nipissing, says that poor internet service has become a barrier to growth in the region.

“In today’s day and age we know that internet provides you access to be able to communicate with the entire world, and to be successful and to provide opportunities you need that access and it is similar to having access to transportation so if you don’t have that communication opportunity with the outside world to either market the service or sell the goods that you want to be able to sell or promote who you are, where you are, it is definitely a disadvantage,” said Savage.

Hec Lavigne is the Mayor of Callander. He hears about the internet access problem all the time.

“There’s not a week goes by when I get a call someone from Southern Ontario looking to move to the region and the hurdle of course is the internet,” he said.

“You can be sitting in your condo in downtown Toronto or sitting on Lake Nipissing on the south shore and I think the choice would be quite clear where you would like to live. So there are tremendous opportunities should the internet service expand in the region.”

The group is working together on collecting a number of priorities for the region.

McDonald believes that internet service will be part of the action plan moving forward as perhaps collectively they can work together to bring improved service to the region to work in conjunction with the Northern Growth Plan.