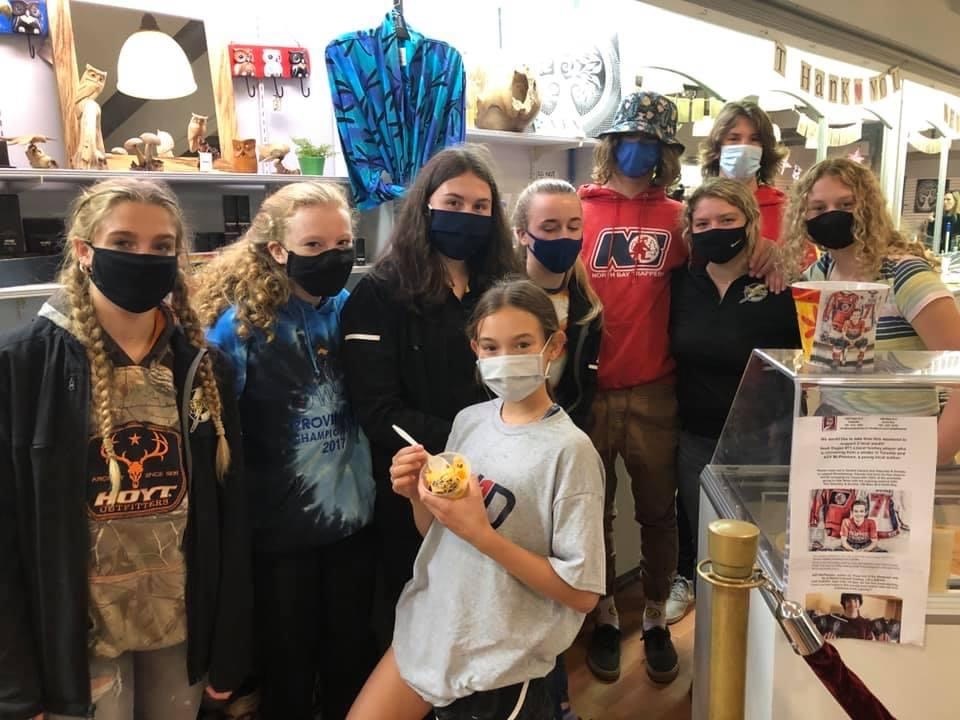 Get the Scoop #NoahStrong fundraiser scooped up more than $3,000 for the cause. Photo courtesy Jennifer McNutt-Bywater.

It was a big weekend of fundraising in support of 13-year-old Noah Dugas, who is recovering from a stroke in a Toronto area hospital.

A number of area schools held a Jersey Day fundraiser on Friday with St. Joseph-Scollard Hall, West Ferris, and Chippewa all raising more than $2,000 each as students wore a hockey jersey and brought donations for the cause to their respective school. A number of other elementary schools in the area also took part.

Ecole Secondaire Algonquin, which Noah Dugas attends, will be having its own Jersey Day later this week.

See related: A groundswell of support continues for a local hockey player

Another group of fundraisers raised some significant cash for the cause too.

Organizers were impressed with the response as they raised some big cash in ice cream sales.

"Wow, the #NoahStrong team crushed it this weekend and have raised over $3,000 with our 'Get the Scoop' fundraiser," stated organizers on social media.

Vested Interest will continue raising money by doing a silent auction for the remaining ice cream tubs. If you are interested in supporting visit the Vested Interest Facebook page.

An online sports memorabilia auction that took place on Facebook also raised more than $1,200 for the cause this weekend.

A Putt for Noah fundraiser at King Cone Mini Putt also took place on Saturday. No word on the fundraising totals from that event.