“It is my pleasure to confirm that we will be taking the 2018 Ford World Women’s Curling Championship into new territory in Canada, with North Bay, Ontario, the host city.”
Dec 6, 2016 12:43 PM By: Stu Campaigne 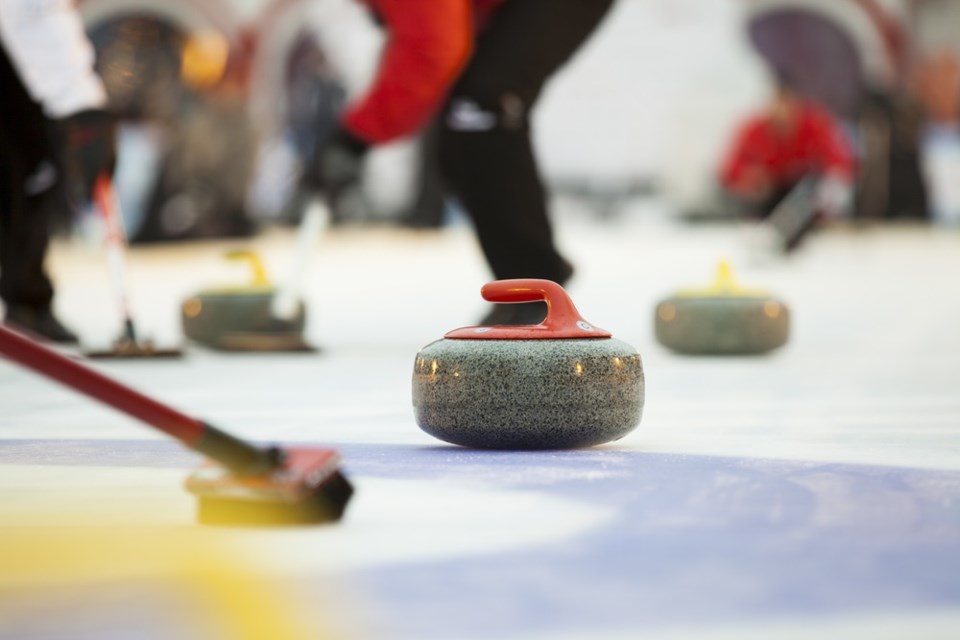 North Bay has been awarded the 2018 Ford World Women's Curling Championship, and event Vice-Chair Rick Miller noted after the announcement that the bid would not have succeeded without the cooperation of the OHL's North Bay Battalion and the recent upgrades to Memorial Gardens.

The event will be held from March 17-25, 2018, dates that coincide with the end of the OHL regular season, and into the opening round of the OHL playoffs.

"We were awarded this event because of our community and our community support, the support of the City, and the Battalion," said Miller.

The scheduling conflict with the hockey team was smoothed out before the bid was submitted. "The Battalion have been nothing but supportive, both Scott Abbott and Mike Griffin," said Miller.

The curling competition runs eight days, but due to the specialized ice needed for curling, the Battalion will be unable to use the facility from March 11-27. Five around-the-clock days are needed prior to the event to make the proper ice for curling, a task that will be overseen by professional ice-makers and the curling federation.

An analysis of Memorial Gardens was done as part of the bidding process, and Miller relayed that the arena, prior to the renovations, did not qualify to host world events, adding that "we would not have gotten past the first stage."

Miller shared that a bid for a large event such as these championships had been considered 10-plus years ago, and they were told flat out that due to the state of Memorial Gardens that the bid would go nowhere.

"None of this happens, guaranteed," without the partnership with the Battalion and the City, declared Miller.

Miller said that Peter Inch, Chair of Curling Canada's Board of Governors, tried to bring a world championship event to London, Ont., and because the OHL's London Knights would not accommodate the event by moving home dates, the bid fizzled.

Battalion Team President Mike Griffin facilitated the cooperation with the curling bid committee but said that, ultimately, the decision was made by owner Scott Abbott.

"Right from the top, Mr. Abbott said that this is good for the community, and we would do what we have to do to accommodate it," said Griffin.

Said Griffin, "We'll see the schedule when it comes out. The way the schedule will be set up, regular season, it won't impact us. Playoffs, we don't know, it depends who we're playing, whether we have home ice advantage. Another issue for Coach Butler will be practice time during that period.

"It will be a cooperative effort between the league and the team we're playing. Everybody will do what they have to do to make sure it's a success," said Griffin.

"It is my pleasure to confirm that we will be taking the 2018 Ford World Women’s Curling Championship into new territory in Canada, with North Bay, Ontario, the host city.

"Congratulations to the organizing committee on their successful bid and all the very best as they prepare for this first-class curling event in Ontario. I look forward, with much anticipation, to coming here shortly after the 2018 Olympic and Paralympic Winter Games in PyeongChang," said Kate Caithness, President of the World Curling Federation.

Said Host Committee Vice-Chair Dave Bennett, "We are so pleased to have been awarded the 2018 Ford World Women's Curling Championship.

"After hosting the 2015 Canadian Mixed Curling Championship, (we are) confident in our ability to host an even larger event showcasing our first-class facilities. Along with my fellow Vice-Chair Rick Miller, we want to thank the hard-working members of our bid committee for their tireless efforts."

"We are extremely honoured to have been chosen to host the 2018 Ford World Women’s Curling Championship," said North Bay Mayor Al McDonald. "It is a great opportunity to showcase our beautiful community to the region as well as visitors attending from around the world. We are looking forward to treating everyone to a memorable week of women’s curling right here in the City of North Bay."